Advertising Age reported WPP’s Mindshare drafted a “gender equality brief” that 87 offices will execute against, designing diverted diversity “ideas that really help advance gender equality through the lens of a brand.” Gee, what a novel endeavor. Leave it to a media agency to jump on the White women bandwagon and think it’s an original and breakthrough concept. What’s truly baffling is no one seems to see the outrageousness of promoting White women in a company currently dealing with a gender-based discrimination lawsuit and run by a fucking hypocrite whose annual compensation package makes the gender pay gap an infinite chasm. Oh, and the Mindshare team hardly reflects a female-friendly enterprise. 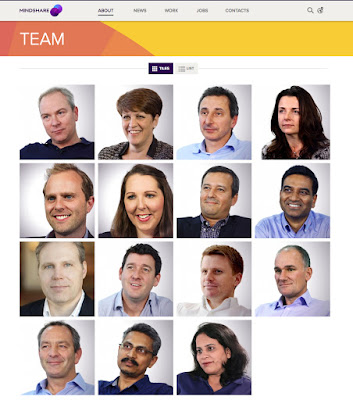 WPP media agency Mindshare is using its annual Mindshare Day celebration to fight for gender equality across all 87 offices on Wednesday.

Every year, the shop selects an important cause to shape into a brief that staffers can work against on behalf of select clients. This time, the brief, which Mindshare North America Chief Strategy Officer Cindy Gustafson said “is one of the most spirited ones we’ve had,” is focused on gender equality. The topic was selected based on Mindshare employee feedback about what they’re passionate about and what’s going on in the world.

All 87 offices will “design ideas that really help advance gender equality through the lens of a brand,” said Ms. Gustafson, who added that some of the clients in North America include Unilever, General Mills and Nordstrom. In fact, Gail Tifford, VP of media and digital engagement for Unilever in North America, was a keynote speaker at Mindshare’s New York office today to kick off the celebration, as well as Rosie Rios, former U.S. treasurer under President Barack Obama.

Clients are “proactively” approached for the initiative based on what the agency knows about the brand and its business,” said Ms. Gustafson.

At the end of the day, each office will present its gender equality brand idea to a team of judges. In North America, the judges include the executive group and an amalgamation of discipline leads. Forty-eight hours later, one winner will be chosen per country or region, and then a global judging panel of executives will discuss which idea, if any, “has the ability to go on and become something bigger.”

Last year was a little different for Mindshare Day because the theme was around one organization, which was ideas to help Amnesty International. The winning global idea that went to market, which came out of Europe, was an adaptive print campaign based on Mindshare’s Planning for Agility process, which helps brands move at the speed of culture in their media plans.

Some other fun aspects of Mindshare Day include that office team and conference rooms are all renamed for the day after famous and culturally important women, such as Simone De Beauvoir, Susan B. Anthony, Malala Yousafzai, and even fictional characters like Mulan. Additionally, each office’s staff is broken up into “sub-teams” so that people have the chance to work with colleagues across different disciplines and accounts.

“We look at this as a kickoff to how we want to think about our efforts moving forward,” said Ms. Gustafson, who added that this “is not just a one-and-done thing” for Mindshare. She said gender equality has always been important to the agency, which hired 63% women last year. Mindshare’s marketing sciences team is also made up of half women and 55% of its managing directors in North America are women.

The gender brief was also important to WPP, she said, because the holding company struck a partnership with the U.N. last summer to “truly advance the cause with gender equality.”