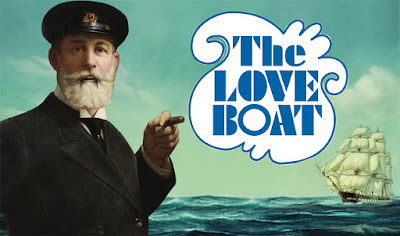 Campaign presented the latest episode of the JWT soap opera, as lawyers for the White advertising agency and WPP exchanged volleys with the legal team representing JWT Chief Communications Officer Erin Johnson. Last November, Johnson returned to the White advertising agency—while still pursuing her discrimination lawsuit—and quickly complained that JWT engaged in retaliation by restricting her job duties and confining her in an uncomfortably positioned workstation. The JWT/WPP lawyers countered with bullshit including:

• JWT CEO Tamara Ingram invited Johnson to join the new Diversity and Inclusion Council. Hey, why not? After all, Johnson’s lawsuit helped inspire the corporate smokescreen.

• According to the court documents, “The Company … finally insisted that [Johnson] return to work in order to earn the money she was being paid…” Gee, that doesn’t sound like intimidation in the slightest.

Keep in mind that former JWT Worldwide Chairman and CEO Gustavo Martinez was allowed to resume employment for WPP from the safe seclusion of Spain and Latin America. Johnson was forced back to the scene of the alleged crimes and stuffed in a cubicle near Human Resources.

JWT hits back, says Johnson’s ‘punishment’ of her own making

The PR director’s duties have been cut back to accommodate her own concerns, not to retaliate, say lawyers.

Lawyers for J. Walter Thompson and WPP denied on Tuesday that chief communications officer Erin Johnson was enduring “highly visible punishment” since returning to work at the agency on Nov. 2, insisting that her duties have been curtailed to accommodate her own concerns.

The memo, filed in Manhattan federal court by the law firm of Davis & Gilbert, comes in response to a Nov. 11 request for an injunction filed by Johnson’s attorneys. That request claimed that Johnson was told by JWT CEO Tamara Ingram that she was being “kept in a box”—forbidden from talking to the press, discouraged from taking notes in meetings and forced to sit in front of the human resources director all day—to punish her and dissuade other employees from testifying on her behalf.

In the 23-page letter filed Tuesday, JWT’s lawyers said it was Johnson who refused to perform her full duties upon finally returning to work after an eight-month absence. The letter paints a picture of an agency struggling to accommodate an embattled executive, and now seeking only to extract some work for the money it continues to pay her.

JWT granted Johnson’s request for a paid leave of absence “without any obligation to do so” even before she filed her sexual discrimination suit against CEO and Chairman Gustavo Martinez in March, strictly to accommodate her concerns, said the letter. Then, once Martinez had been removed and replaced by Ingram, the agency began inviting Johnson back to the agency to work on Ingram’s new Diversity and Inclusion Council. Johnson refused, the letter said, because it would run counter to her experience at the agency, and because her ongoing suit would raise conflicts of interest.

“She was adamant that there were certain duties that she could not or would not be able to perform as a result,” the letter said. “The Company took these issues to heart and when it finally insisted that she return to work in order to earn the money she was being paid, it agreed to revise her responsibilities to specifically address each and every one of her concerns.”

“It simply cannot be the case that a Company that has gone out of its way on numerous occasions to accommodate an employee’s requests and address her concerns has engaged in retaliation,” it said.

As for Johnson’s new seating arrangement, the letter claims it is the result of an office-wide reconfiguration that occurred in her absence rather an attempt to intimidate her. “As part of this reconfiguration, and consistent with a new trend in the industry, seating for most of the Company’s employees is an open-plan setup, complete with glass doors in all work/seating areas,” the letter said. “Notably, Plaintiff’s work area in this open-plan setup … is on the executive floor, next to the Company’s Chief Creative Talent Officer and near all the Company’s other executives.”

“During this meeting, Plaintiff took notes in response to a list of questions she had with her that were obviously intended to gather information for her case,” said the letter. Another reason Johnson’s duties have been reduced is that JWT was forced to hire new communications executives over the past eight months, not only to make up for Johnson’s absence but for the departure of other communications staff. (Former director of communications Anaka Kobzev departed the agency in April for Omnicom’s TBWA\Chiat\Day.)

“Defendants have no obligation now to change the duties or reporting relationships of the people working in the communications department just because Plaintiff finally decided to return to work,” the letter said.

The new letter does not deny that Ingram has prevented Johnson from talking to the press for fear she would become the story, calling it “a legitimate concern for the Company.” Furthermore, if Johnson feels she is being ostracized by her coworkers, the cause is most likely her attempts to publicize the suit at the expense of her coworkers’ privacy, said the letter. In particular, it cited her alleged attempts to publicize a video of Martinez joking about rape at an internal meeting that featured her coworkers’ faces.

“If Plaintiff feels that she is a ‘pariah’ or ‘suspect character’ at the Company, that feeling is entirely of her own doing,” it continued.

Johnson’s lawyers did not immediately reply to a request for comment.

JWT's so-called "Diversity and Inclusion Council" is a smokescreen that does the minimum amount of work for the maximum amount of PR exposure.

Every. Single. Initiative. Requires the minority public at large (you know, the ones Gustavo Martinez insulted in the first place) to do all the work.

The only way for the Black Lives Matter "directory" they designed to work requires random users to input all the hard data nationally. And incidentally kills a few actually Black-owned web portals that have been tracking Black-owned businesses for years.

The only way the Girl Power initiative they are backing works is for women to donate time, resources, energy and submissions created for free. Nothing like supporting women by requiring them to do heavy lifting for no compensation except the vague promise of "exposure".

Unless someone starts calling them out on these things, they're just going to put them in the legal documents as proof of how much they support diversity, unchecked, and then again in the annual WPP report to protect against inquiries into the position of having to defend against discrimination lawsuits in the first place.