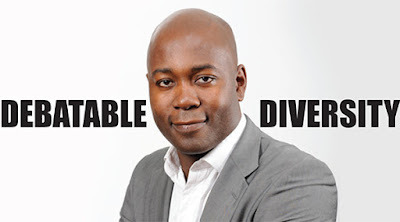 Saatchi & Saatchi today announced that Magnus Djaba will take on a newly created role of global president of the agency.

“I want to thank Robert for the drive, dedication and determination he brought to Saatchi & Saatchi and Publicis Communications,” Arthur Sadoun, CEO Publicis Communications, said in a statement. Senior will work with Sadoun over the next three months to help transition the new leader of the agency. He will also serve as a strategic advisor for Saatchi & Saatchi until the end of 2017.

In the newly created role of global president, Djaba will be tasked with working closely with both Kate Stanners, Saatchi’s worldwide chief creative officer and chairwoman, and David Hackworthy, worldwide chief strategy officer to activate Publicis Groupe’s “Power of One” strategy, the idea that all of the network’s capabilities and agencies are available to all clients.

“Magnus’ appointment to global president is first and foremost in recognition of the strong results he has driven for Saatchi & Saatchi London and the value he has generated for his clients. I am confident that he will be a key pillar of the Groupe’s ‘Power of One’ strategy and will strongly contribute to the development of Publicis Communications by leveraging the S&S purpose and its ‘Nothing is impossible’ spirit,” Sadoun added.