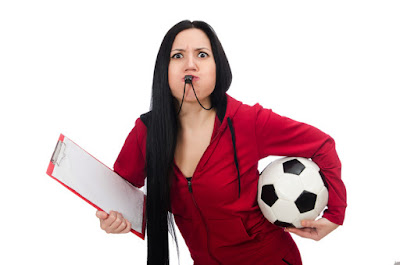 Adweek reported the 4As launched “a new virtual coaching program designed to help moms in the agency world stay on the leadership track.” Gee, White women already in the field get an exclusive coaching program for advancement, while minorities are forced to sit on the bench—provided they even make the team at all.

Long hours and intense deadlines can make it difficult for mothers to land leadership roles at agencies, and about 49 percent of women in the ad industry say that family responsibilities are the key barrier to career advancement, according to an IPG study. The 4A’s is aiming to change that with a new virtual coaching program designed to help moms in the agency world stay on the leadership track.

The 16-week program, Mothers@Agencies, launching on Feb. 7, includes eight one-hour sessions led by executive coaches over a group conference call. Coaches will offer tips on finding a balance between motherhood and career responsibilities.

“The 4A’s has a long-standing commitment to advancing the careers of women in the industry and ensuring that we’re calling attention to areas of disparity in leadership roles, where women tend not to be equally represented,” said Laura Honeycutt, svp of learning and development at the 4A’s.

It’s a cause that’s been championed by 4A’s president and CEO Nancy Hill, who has advocated for more gender equality and women in leadership roles at agencies.

“We know that women are vulnerable, because when they become mothers, they feel like they have to make choices between motherhood and their careers,” Honeycutt added. “If we can give them tools to help them navigate this challenging phase of their careers, then there will be more opportunities for women to stay on leadership tracks and aspire to larger leadership roles in their agencies.”

The Mothers@Agencies program was piloted in 2015 by 4A’s member agency Geometry Global in Chicago. After garnering positive feedback from the program, the agency partnered with the 4A’s to deliver it to a broader audience.

“People who participated said it made them more effective at home and at work,” Honeycutt said. “It helped them figure out ways that they could not sabotage themselves and overcome feelings of guilt and judgment.”

It is not surprising at all that the 4As put a specific plan with actionable items and followup into place for the (mostly white) moms among their agency partners.

It means they care, and care enough to actually do something.

Meanwhile, for years, the only solid solutions they've offered for ethnic diversity have been wishy washy statements about how important diversity is, but without actually doing anything as a followup.

It shows you where their priorities lie. When white moms are affected, well, they have to spring into specific action. Issues of color? Well, I'm sure the 4As will get around to doing something several years from now, after they've finished tackling every other issue (ageism, mom-ism) under the sun.

I love how the comments on Adweek are already clamoring for dads to be included in the Mothers at Agencies initiative.

Because the REAL diversity is obviously diversity that makes sure white moms and now white dads are included in absolutely every diversity conversation in the ad industry.

Doesn't surprise me, though. You can't get any ad agency to kick in more than $100 for a stale sack lunch once a quarter to host some useless diversity speaker (and then put out a press release about the agency's support of diversity).

But I can see them paying $1600 per white mom, and apparently whatever white dad wants to join, to support white parents staying in advertising.

Campaign US is getting on the diversity bandwagon. This is like a Who's Who of the last year's worth of campaigns that cast POC as actors and actresses only, or took advantage of POC culture in some way, while hiring zero to one of them in the agency behind the scenes. http://iandc.campaignlive.com/

Here's some of the latest research that shows there's no shortage of women in ad agencies.

So why is 4As putting all their resources and power into a new program for (yet again) females, when they've done Not. A. Damn. Quantifiable. Useful. Thing. for people of color in advertising?

I'm through with their diversity statements, diversity proclamations, empty talk of support, mentorship programs for fucking children of color and zero help for adults already in, trying to stay in, or trying to advance in the agencies.

If they put one tenth of the tangible effort into ethnic diversity as they do these kinds of programs, maybe some change would actually have occurred between the last few decades and now.