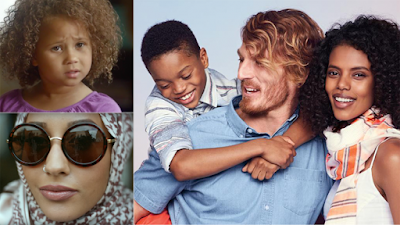 Adweek published an MLK Day perspective by Big Communications Writer and Content Creator Edward Bowser, who urged marketers to keep showing diversity in advertising—even if President-Elect Donald Trump inspires the lessening of such depictions. Not convinced Trump will influence matters per Bowser’s concerns. Plus, MultiCultClassics has a slightly different view on the trend to display diversity in campaigns. In many respects, the current crop of diverse depictions actually mirrors Trump. That is, the public is seeing lots of token gestures for inclusiveness; however, the images are just a smokescreen covering up cultural cluelessness. If the people behind the work really want to honor MLK’s dream, they’d push for diversity in the White advertising agencies churning out the patronizing propaganda.

Marketers Will Be Tempted to Dial Back Their Diversity Under Trump. We Can’t Let Them

Now is not the time to ‘wait’

“Frankly, I have yet to engage in a direct action campaign that was ‘well timed’ in the view of those who have not suffered unduly from the disease of segregation. For years now I have heard the word ‘Wait!’ It rings in the ear of every Negro with piercing familiarity. This ‘Wait’ has almost always meant ‘Never.’”

Those words were penned by the Rev. Martin Luther King Jr. on scraps of paper nearly 54 years ago while he sat in a jail here in my home city of Birmingham, Ala.

Sadly, those same words could have been typed on a blog last week and still be just as relevant.

Today, we celebrate the legacy of a man whose work has become the embodiment of racial harmony and inclusion.

In four days, we will witness the induction of a president whose campaign was steeped in division and exclusion.

Call it a dream deferred.

As President-elect Donald Trump’s rise to power ran parallel with the nation’s growing civil unrest, pundits quickly invoked MLK’s name whenever they were shaken from their comfort zones. From football players peacefully kneeling during the playing of the national anthem in protest of police brutality to actors taking the stage to calmly challenge our future vice-president to embrace his country’s diversity, critics of today’s civil rights movement retaliated with the same tired phrases:

“That’s not the proper way to protest.”

“There’s a time in a place for everything. That’s not the right time.”

And this doozy: “MLK would never support that.”

Clearly they never read King’s “Letter from a Birmingham Jail,” where he reminds us that “justice too long delayed is justice denied.”

Don’t whitewash King’s legacy; he was so much more than a dreamer. He was action personified. In 1967, during a meeting of clergy, King spoke on the war in Vietnam with fiery passion: “We are confronted with the fierce urgency of now. In this unfolding conundrum of life and history there is such a thing as being too late. Procrastination is still the thief of time.”

It’s a lesson I hope my fellow marketing professionals will take to heart in these turbulent times.

Over the past few years, marketers have created ads as diverse as the country we call home. Tylenol’s #HowWeFamily campaign embraced LGBT households while H&M’s “Close the Loop” spot shattered fashion norms by featuring a Muslim model wearing a hijab. Cheerios and Old Navy rightfully brushed off closed-minded trolls who attacked their ads featuring interracial couples.

These small steps became giant leaps toward greater representation for minority communities. Those spots, and the growing tide of more like them, are a true reflection of our country—varying hues of color, faith and culture.

And with 80 percent of parents saying they prefer seeing diverse families in ads, it seems like inclusion should be a low-risk, high-reward opportunity for forward-thinking marketers.

But times are changing.

Trump’s presidential campaign was built on fear—the fear of a changing America. Our country is evolving and King’s dream of black and white girls and boys holding hands in harmony is more than just a vision; it’s increasingly a reality.

It’s easy to talk about the greatness of that dream, but when it actually takes hold, well, that’s when folks get uneasy.

That brings us to 2017, where critics wave off frank discussions about racial inclusion as idle chatter from a culture that has become “too politically correct.” This dismissiveness sets a dangerous precedent that could unravel decades of progress.

My fear is that de-emphasizing diversity will drag us back to the days where “diversity” in advertising simply meant copping out with targeted media, with pro-LGBT ads reserved for magazines aimed at gay readers and black actors being used by major brands only for ads in “urban” markets. I fear that the genius of Wells Fargo’s “Learning Sign Language” spot—where differences are not seen as stumbling blocks—could wind up on the cutting room floor.

I mean, when the leader of the free world refuses to champion diversity, why should marketers bother? As many of us know, all it takes to kill a bold message is for one client in the room to say “let’s not stir the pot” or “maybe not right now.”

Well, marketers, if you think this is the time to tone down inclusiveness, think again. We need your creative insight and bravery now more than ever.

We need more ads like Barbie’s Imagine the Possibilities’ campaign to broaden the imaginations of young girls, shattering gender stereotypes and reminding them that no goal is unattainable.

We need more spots like Russell Simmons’ Making Moves campaign, which raises discussions about the racial profiling and violence that have shackled the black community for decades.

Now more than ever, we need marketers to do what they do best, tell engaging, authentic stories about the communities they serve, even when reflecting that diversity will invite vile backlash from those who want to keep such conversations out of the national spotlight.

That’s King’s true legacy: Not dreaming, but the fierce urgency of action.

And don’t delay. When you hear clients or colleagues say “wait,” remember Dr. King’s words, and know that what they often mean is “never.”

Edward Bowser (@etbowser) is a writer and content creator at Big Communication in Birmingham, Alabama.

Are there actual credit listings for the ads in those photos and campaigns that Edward Bowser mentioned, somewhere specific?

My knowledge of the agencies working on them is that you might find a couple of MAIP interns there in the summer, but that's where the color stops. International hires not included, of course.

So calling any of these "diverse" (except for the casting) seems a stretch.