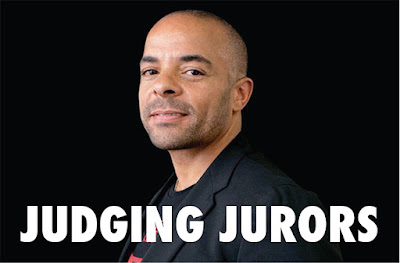 Campaign reported Airbnb CMO Jonathan Mildenhall is asking via Twitter, “Where are all the dark-skinned jurors at Cannes?” Um, they’re hanging with all the dark-skinned Cannes attendees and dark-skinned Cannes award winners—as well as with the dark-skinned micro minority group in the overall advertising industry. And they’ll never receive the respect and recognition granted to the dark-skinned celebrities and dark-skinned performers at Cannes. Mildenhall inadvertently answered his own inquiry by tweeting, “…so grateful that @cindygallop & others have made a huge impact re women. Now the ethnic diversity agenda needs to pick up pace…” Yo, Gallop and others have leapfrogged racial and ethnic diversity by promoting diverted diversity, especially at venues like Cannes, where they’ve even inspired a special trophy for their propaganda. The racial and ethnic diversity agenda will pick up pace only after “justice” has been delivered to White women, White LGBT, White people with disabilities, non-U.S. minorities and dark-furred house pets.

Airbnb’s Mildenhall: Where are all the dark-skinned jurors at Cannes?

Cannes Lions Festival has announced the first 16 jury presidents for the upcoming awards and Airbnb CMO Jonathan Mildenhall was quick to note that there were no “dark-skinned” jury presidents in the lineup at all.

Of the 16 jury presidents, two are of Southeast Asian-Chinese descent (Ogilvy’s Tham Khai Meng and Dentsu’s Ted Lim) and six are women.

It is understood that Mildenhall himself has been named a jury president, but the category he will be judging has not been confirmed.

Campaign has asked the Cannes Lions team for comment and for the full breakdown of the remaining jury presidents. The team has responded but not been able to issue a statement as of press time.

I'm glad he brought up the skin tone thing. You spend enough time in this industry you can't help but notice the tendency to cast mixed-race talent in front of the camera in advertising, and that mixed-race hires get brought onboard faster, and progress faster, than anyone darker-skinned.

Anecdotal? Maybe, if I'd only ever seen it a few times.

When it happens dozens of times, and you can see how frequently more comfortable white people at agencies seem with mixed-raced versus dark-skinned anyone, it doesn't bode well for anyone who doesn't have a white parent.