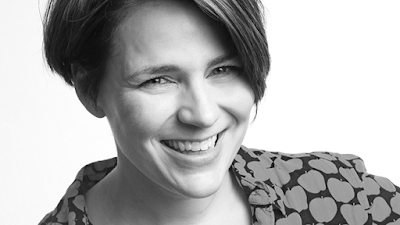 Adweek reported on the latest restless diversity ambitions of DDB North America CEO Wendy Clark, who just made her company a little more inclusive by hiring a White female friend to serve in the newly created Chief of Staff role. As predicted when Clark landed at DDB, she has spiked diverted diversity by promoting White women, while perpetuating exclusivity by appointing White men. Expect Clark to accept trophies from The 3% Conference and ADCOLOR® in 2017.

This week, DDB named Catherine Locker to serve as its North American chief of staff, a newly created position. She began the role on Monday.

Locker, who spent more than a decade with Coca-Cola, joins fellow soft drink veteran and DDB North America CEO Wendy Clark on the Omnicom network’s Leadership Team. She will handle top-level administrative duties to help apply the new “DDB Flex” model across more than 17 agencies and their respective C-suites.

“Catherine is a classically trained brand leader who has deep experience in leading and operationalizing brand initiatives across a complex multi-tiered organization on a global scale,” said Clark in a statement. Regarding DDB’s decision to create the chief of staff role, she explained that the shop recently grew topline revenue for the first time in several years while hiring new talent like North American chief creative officer Ari Weiss. According to Clark, the integration of this talent across the network will be a major priority in 2017.

“We’re working toward putting [DDB North America] together as a single unit,” she said, “and Catherine is someone I know well who has played that role in the past at Coca-Cola.”

“My role [at Coca-Cola] was to codify and operationalize all capabilities across North America,” Locker told Adweek, “looking at the breadth of work we were doing across all brands in a holistic, consistent way. Doing it on the client side was gratifying and fulfilling,” she added, describing her first foray into the agency world as “a growth opportunity” that would allow her to leverage the power of the extensive DDB network.

On a day-to-day basis, that will mean determining where to place available talent in keeping with the Flex approach first introduced last year. For example, if the leadership team determines an executive at a given agency is a particularly good fit for a new or existing client, Locker will help facilitate a working relationship even if the two parties haven’t crossed paths before.

Clark noted that it also means working with organizations outside the Omnicom circle. “Just about every DDB client has other agencies,” she said. “It should be our expectation, regardless of ownership, that we work with their other chosen partners. With McDonald’s, we integrated with media partners like Facebook and Adobe. There are seats in our agency for our clients now at Unlimited,” the Chicago unit dedicated to servicing the Golden Arches.

In that way, the strategy resembles Publicis Groupe’s “Power of One” approach, which also involves gathering leaders from different agencies to collaborate on pitches or account-management duties. “[Holding companies] will all have our own names for it, and the philosophy is the same, but we’re executing differently,” Clark said, with Locker adding, “We have to make it feel like one team regardless of our parent company or who we report to.”

When Clark was asked about the significance of the new hire, she responded, “Catherine joining us shows a massive confidence in what we’re doing. You don’t leave Coke lightly, especially as a marketer.”