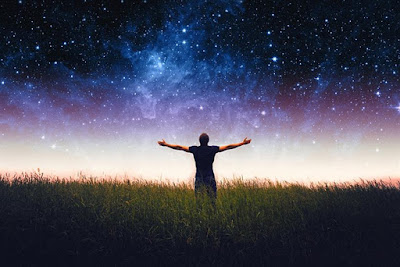 How to be ageless in advertising

When it comes to longevity, earned authority and youthful audacity make for a potent mix, writes Battery creative director.

As in life, our business has a kids table and a grown ups table. You have to be comfortable at both.

It’s a lesson I learned early on. I remember my first client meeting. I probably looked like I was 14. My creative director got sick so it fell on my newbie shoulders to speak on their massive global brand.

When the clients saw me sans expected adult, it wasn’t pretty. If disappointment has a sound, they made it loud and clear. After the eye rolls and deflated postures, the meeting was promptly rescheduled. And boom, I was back on the plane. Not so much older but definitely wiser.

I’m now in my mid-40s and fortunate enough to be doing some of the most rewarding work of my career. A lot of this I attribute to mastery of craft coupled with an endless curiosity of all things new.

That mindset isn’t exclusive to advertising. You can easily put industry giants like Alex Bogusky, David Droga and Lee Clow in the same category as innovators like Dr. Dre, Richard Branson and Kelly Slater.

These icons continue to turn us on to new talent, approaches and philosophies. Their instincts are proven to be gold (or platinum). And if they ever threw a party, you can bet both Tyga and Paul McCartney would kill to be there.

When it comes to creative longevity, earned authority and youthful audacity make for a potent mix.

Here are 10 tips that have worked for me:

Own your authority. If you’ve been in the business for a while, you’ve created work seen by millions and partnered with the best makers in the world. Be proud of it.

Be a sponge. Stay tapped into the bigger world. Stay curious. It’s more fun. If every year, fewer and fewer people know your references, get some new ones.

Execute flawlessly. Humans are innately responsive to mastery. Whether it’s music, film or chateaubriand, we know when something’s impeccably done. Sweat the details and it’ll become muscle memory before you know it.

Never say it can’t be done. In Hawaii, there’s a saying. “If can, can. If no can, still can.” Nine out of 10 times work turns out better than the budget or brief would have most people believe.

Drop the “I”s. A good partner is someone you can stand being stuck in an elevator with, a good CD is someone teams get excited to share work with, a leader is the person that lifts everyone around them. Always be that guy or girl.

Embrace your team. Talk to all departments, juniors and seniors, clients, be comfortable at every table. Relatability goes a long way.

Have an outlet. Music, photography, cooking, whatever it may be, it’s important to have something no one can screw up but you. Many times you’ll find it’s complementary to your career skills.

Exercise. I always felt that thinking should burn more calories. It doesn’t. So surf, bike, do yoga, whatever it takes to keep your temple as sharp as your mind.

Smile. It keeps you young and besides, in general, the more you laugh the better the work is.

By the way, I’ve found that everyone who complains that they’re old has been saying that since they were young.

Don’t fall into that habit. It’s a trap.

The world (and advertising) will always need youthful minds and grown-up skills. Have both.