The Drum reported former Saatchi & Saatchi Chairman Kevin Roberts has risen like a phoenix from the asses to land the role of Beattie Communications Chairman. Based on peeking at the Beattie leadership, the fucking debate is all over in regards to gender equality. But for racial and ethnic diversity, the fucking debate rages on. Oh, and it looks like Saatchi & Saatchi has not yet offered Roberts’ old job to Cindy Gallop. Imagine that. 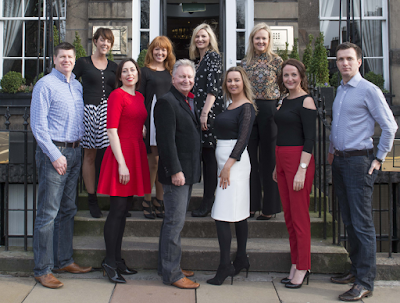 Former Saatchi & Saatchi chairman Kevin Roberts has been named the chairman of Beattie Communications following a very public exit from Publicis last year in wake of his controversial comments on diversity in the advertising industry.

Roberts, who was at the time head coach of the Publicis Groupe, claimed in an interview with Business Insider last August that the gender debate was “done” and that women didn’t really want leadership roles. He also called out one of the strongest voices in the industry, Cindy Gallop, for making things up “to get applause”.

Days later he resigned from Publicis, ending a 20 year career with the advertising group.

He has since distanced himself from this view, saying in an interview with New Zealand broadcaster TVNZ in December that “I was tired, fatigued in the middle of interview number four and was not at my best.”

“What I meant was we should stop debating it and stop talking about numbers and start doing something about it,” he explained.

Roberts will now coach the senior team and help grow Beattie and its Only brands internationally, having recently announced it is expanding into Canada and opening offices in Toronto, Vancouver and Calgary.

Laurna Woods, chief executive of the Beattie Group, said: “We are delighted to have recruited one of the world’s most inspirational business minds to help us expand in the UK, North America and Australasia.”

Roberts said: “Beattie is a creative communications consultancy with enormous potential to grow internationally. We are an integrated marketing and communications company with foundations in PR, marketing, creativity, content, technology and data. We have no plans to become a traditional advertising agency.”

In a press release announcing the appointment, Beattie highlighted that seven of the company’s ten person leadership team are women.

Roberts said the company’s 2017 strategy is “clear” and that despite its growth ambitions has “no plans” to become a traditional outfit.

“We are an integrated marketing and communications company with foundations in PR, marketing, creativity, content, technology and data. We have no plans to become a traditional advertising agency,” he said.