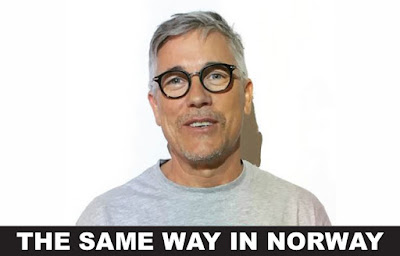 Accenture Interactive, the digital wing of the larger international consulting group, looks to expand its presence in the Nordic region by hiring a new chief creative officer.

According to the attendant statement, Accenture aims to more actively seek out new business in Sweden, Norway, Denmark and Finland.

Adam Kerj joins the company after serving as CCO at McCann Stockholm and WPP’s J. Walter Thompson in New York, and he was also the first creative lead at Dentsu digital shop 360i. Throughout his career he has led campaigns for such brands as Oreo, HBO, Coca-Cola, Tide and Ben & Jerry’s, and his work has been awarded by the Cannes Lions, One Show and other trade organizations.

Kerj told Adweek that Accenture Interactive can “have a faster impact on a client’s business” due to its lack of a “traditional legacy structure.” He claimed that the sort of experimental work that will often end up in a “lab or center of excellence” in other agencies is “what we do” at Accenture.

Specifically, Kerj cited the creative department’s collaborations with the company’s “robust ecommerce back-end” operations, stating that Accenture, unlike other agencies, can often skip the process of “looking hard to find the people who can actually bring the idea to life” because it has “most of those capabilities internally.”

“Creatively, we can figure out everything more or less by ourselves,” he added.

For that reason, Kerj thinks the consultancy will continue to attract more agency veterans and “non-traditional creatives.”

“What is an idea? How does it look? [We’re] hiring talent that doesn’t have any preconceptions as to how it has to look and behave as an advertising idea,” he said.

At the same time, he noted that he had pitched against Accenture in his past job at McCann and that other area shops, like Adweek’s 2017 International Agency of the Year Åkestam Holst, will also be competing directly against his new employer.

“We will bring something slightly different to the table, but that is absolutely the ambition: to be as creative as other agencies,” he said.

Kerj also noted that Accenture and its work remains somewhat unknown despite all the “buzz around these companies now,” especially in the Nordic region. But the consultancy plans to more actively promote both its presence in these countries and the work it does for clients, starting with his hire.

“We have to be more proactive than most agencies,” he said. “I don’t know that clients understand what an agency can help them with today.”