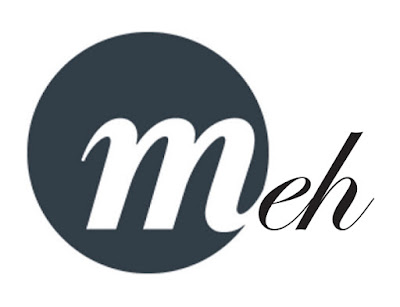 Adweek published divertsity daydreaming from Momentum North America President Donnalyn Smith, who declared it will require “a sincere commitment” to ignite change in the advertising industry. Sorry, but Smith’s lack of familiarity with the global dilemma puts her sincerity in question.

Smith shared her alleged commitment for diversity by stating, “In recent years, the advertising community has started to come to grips with the bold-faced truth that we haven’t really talked the ‘real’ talk, much less walked the walk. If you take a hard, honest look at the range of companies in our industry at the present time, they all too often reflect the workforce of 1978, not 2018.”

First of all, people who claim diversity has become a hot topic for adland “in recent years” have clearly been ignorant ignoring the problem, as heated conversations have been happening for scores of decades. The last serious protest took place in 2006 when the New York City Commission on Human Rights spanked Madison Avenue shops, and other diversity discussions date back to the early 1970s at least. Anyone holding even half a clue recognizes the current White-dominated workforce reflects 1958 versus 1978.

Smith is obviously a proponent for divertsity, not diversity. For her, enlightenment struck “in recent years” as the White women’s bandwagon leapfrogged racial and ethnic minorities in the battle for equality. Hell, Smith was actually named a 2017 Working Mother of the Year by She Runs It. Her divertsity dream involves creating a mentoring scheme styled after graduate school programs. Gee, Smith’s brainstorm sounds like a White women’s version of MAIP—which, incidentally, has been running for over 40 years. It’s always amazing how the pseudo-revolutionaries believe they’ve invented a breakthrough concept, when they’re ultimately exposing their corporate and cultural cluelessness by mimicking a long-standing tactic.

If Smith has truly turned Momentum into a multicultural Mecca, MultiCultClassics extends sincere apologies and requests that everyone please disregard this post. But progressiveness is unlikely, based on the patronizing pap penned by her boss, as well as the company website store selling MoMo Hammer Pants and dates with the MoMo IT guy—the latter sales item seeming quite inappropriate in these days of heightened sensitivity around sexual harassment. 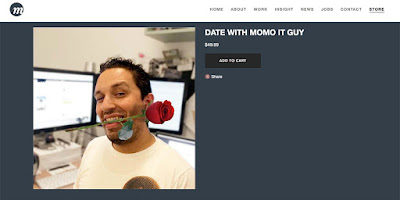 Diversifying in Advertising Requires Creativity and a Drive to Instill Fairness

Company output won’t be inclusive if your workplace isn’t

The fundamental idea is very simple, like all powerful notions. A marketer’s best work is only made possible through a diversity of talent applied to that company’s business. In recent years, the advertising community has started to come to grips with the bold-faced truth that we haven’t really talked the “real” talk, much less walked the walk. If you take a hard, honest look at the range of companies in our industry at the present time, they all too often reflect the workforce of 1978, not 2018.

It is unassailably clear that there is still much work to be done for our industry to mirror the demographic diversity emerging in the early 21st century in the U.S. and abroad. And with the tumultuous events of the past few years highlighted by the emergence of the #MeToo and Time’s Up movements for women’s empowerment and anti-sexual harassment, the broader culture is intensely focused on the fight for respect and equality for diverse, often marginalized groups, particularly women and people of color.

While diversity as a centerpiece of social justice efforts is reaching a fever pitch, what can our industry leaders do to spark increased hiring and retention of talent from a mix of backgrounds and identities? While there have been nascent attempts in several quarters to infuse a broader range of cultural and social perspectives into both client and agency marketing teams, we as an industry are still a long way from critical mass. Clearly, there are still many organizations that haven’t prioritized diversity, or perhaps they have but are struggling for guidance for the most effective way to implement best practices.

If a marketer or an agency is truly devoted to staff diversity, they must apply sizable resources toward achieving it. This could take the form of investing in a fully integrated program offering entry-level immersion experiences that includes job rotations through a broad range of marketing disciplines over an extended period of time, up to a year if it makes sense.

Similar to a graduate school program, aspirants should be schooled across the wide palette of marketing and advertising disciplines including creative, media, client-side brand marketing and PR. If this sounds like a souped-up, deluxe version of your traditional agency internship program, that’s not where I’m leading. Rather, I envision something much deeper and impactful. The experience and mentoring with senior company executives—including the C-suite—could be much more focused and regimented and then lead into a more sophisticated and beneficial experience. As most of us know or have experienced, traditional company internship programs are often more rudimentary, and the curriculum or training is much more cursory and often administered by middle managers with limited senior-level or C-suite active participation.

What I am advocating can only be accomplished through extensive training and 360-degree feedback modules that bring together the gamut of stakeholders in an ongoing, committed basis including the C-suite and evp/svp level, chief talent officers, recruiters and, of course, the diverse talent.

A program of this caliber, if executed properly, would rise to the level of postgraduate, master class work. Imagine, if every company in our ecosystem—large, medium and small—took this approach en masse. In this way, we would all be the catalysts for broader industry-wide transformation. For inspiration, one need turn no further than to Verizon, whose chief marketing officer, Diego Scotti, has been one of the pioneers on this front with his Ad Fellows program.

By launching something similar at your company, you will reap strategic benefits; this would not simply be an altruistic endeavor. You would in effect be creating a mechanism that would actively create and identify a healthy pool of diverse talent on an ongoing basis, which you can ultimately draw from to contribute to the greater success of your company and your partners. The goal could be to place all participants post-program within the industry.

Hopefully, these thoughts and ideas will work to inspire a wave of similar efforts from brands and agencies across the entire industry. There is a lot of work ahead to increase diversity in advertising and marketing, but companies should look at diversity as an opportunity not an obligation. Those corporate cultures that value innovation and progress have the opportunity to foster a competitive advantage that could transform the company in more ways that you could imagine. Cheap PR, like cotton candy, tastes nice but is ultimately unsatisfying. Elbow grease and creativity to support an unshakeable will to fairness and personal growth will actually be beneficial to the bottom line. It really is about progress and prosperity.

Donnalyn Smith is president, North America of Momentum Worldwide, based in New York.

Could be an entire think tank of "agency leaders" who aren't black, talking about every kind of diversity inside ad agencies except ethnic diversity.