AgencySpy posted on Post picking ARGONAUT as its new White advertising agency for Honey Bunches of Oats. The incumbent White advertising agency—Public Works—had only worked on the cereal brand for roughly a year. The new shop appears to be equally exclusive in terms of staff makeup. Whatever. But the most shocking news in the story involved Diana Hunter—aka the Honey Bunches of Oats Lady—who retired from her spokeswoman role and actual factory job. To compensate for missing the milestone, here here here here are celebratory moments. 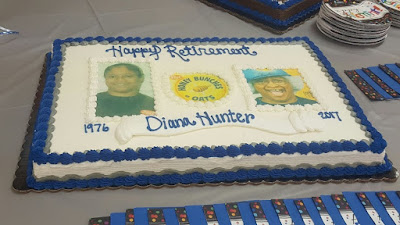 Honey Bunches of Oats, the Post Consumer Brands cereal, has chosen Project Worldwide’s San Francisco-based shop, Argonaut, as its agency of record to handle all creative and social media duties following a review that began in December.

“Argonaut impressed us for many reasons throughout the process,” Post Consumer Brands CMO Roxanne Bernstein said in a statement. “They are a thoughtful, curious, and highly collaborative team that truly creates both breakthrough and business-changing work on behalf of their clients.”

The review was launched after Honey Bunches of Oats’s longtime beloved spokeswoman, Diana Hunter, retired last year. Argonaut said in a statement that the cereal brand was “struggling to find its foothold in the category” (which is already a pressured space as cereal sales continue to dwindle) after the spokeswoman, known widely as “the Honey Bunches of Oats lady”—and a real company factory worker—retired.

Hindman called Honey Bunches of Oats “a brand we all grew up with in our pantries—it’s a breakfast classic.” He said the pitch-winning campaign is “unapologetically catchy,” and it’s set to break in the fourth quarter of this year.