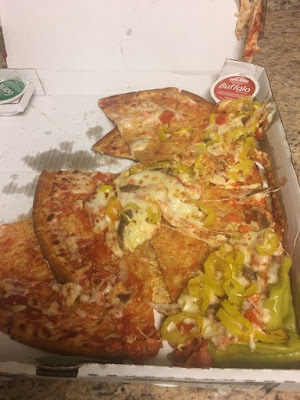 The Drum reported Papa John’s Founder John Schnatter initiated legal action against Papa John’s, charging his ouster as chairman was executed in an “unexplained and heavy-handed way” to avoid exposing the true motives behind the action. Gee, this is turning into quite a messy story—with more villains than heroes. Schnatter manufactured much of the mess with his three-headed cluelessness: conservative cluelessness, communications cluelessness and cultural cluelessness. Papa John’s is hardly an innocent pizza party, with its alleged toxic culture and corporate clumsiness. But the third and fourth stooge-like characters in this dark comedy are Laundry Service and parent company Wasserman. News sources have not offered clear and consistent details on the infamous conference call, as well as the overall client-agency relationship. However, it appears that information is being leaked to the press, probably by an advertising agency source, which reflects poorly on the professionalism of Laundry Service and Wasserman—especially considering that Laundry Service was reportedly offering PR advice to Papa John’s. Another article had Schnatter claiming the N-word conversation started when Laundry Service recommended partnering with Kanye West, and the former chairman nixed the idea because he was uncomfortable with West’s use of the slur in song lyrics. If true, what the hell was Laundry Service thinking? Why would anyone believe a politically and socially conservative brand like Papa John’s might work well with West? What’s next—replacing Peyton Manning with Colin Kaepernick? Laundry Service’s apparent fumbles were compounded by Wasserman, whose leader assured staffers of plans to “go on the record and refute [Schnatter’s charges]” against the advertising and media firms. Weeks have passed with zero follow-up statements, underscoring again that Laundry Service and Wasserman need serious PR consultation themselves. This isn’t the makings of a classic case study; but rather, a classic nutcase study.

John Schnatter, the disgraced Papa John’s pizza founder, has launched legal action against the chain in an attempt to seek redress for the ‘unexplained and heavy-handed way’ in which he was ousted as chairman.

Schnatter resigned earlier in July after uttering the N-word during a conference call with Laundry Service, its advertising agency but has now gone on the offensive, demanding access to documents relating to his departure and claiming that he has been made a scapegoat for the businesses wider failings.

In a statement lawyers acting on behalf of Schnatter said that they were forced to act in order to “… inspect company documents because of the unexplained and heavy-handed way in which the company has treated him since the publication of a story that falsely accused him of using a racial slur”.

“Rather than address the real issues like the health of the business, the company is hiding documents that, we believe, will disclose the actual facts as to what is occurring here, including using Mr Schnatter as a scapegoat to cover up their own shortcomings and failures.”

Defending itself Papa John’s insisted that it has supplied Schnatter with all the documentation he was entitled to, dismissing the court drama as a ‘needless and wasteful lawsuit in an attempt to distract from his own words and actions.’

The slow-motion demise of pizza impresario John Schnatter was recently documented by The Drum, as the former brand ambassador suffers the ignominy of having his image airbrushed from all company branding.