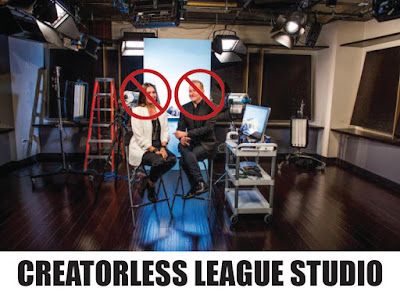 Advertising Age reported the infamous PepsiCo Creators League Studio lost another “leader,” as Kristin Patrick handed in her resignation. Patrick was originally hired by former PepsiCo wonk Brad Jakeman, and the dynamic duo were allegedly running the in-house enterprise. Of course, PepsiCo affirmed its commitment to the production department, despite earlier rumors that the company was brainstorming for ways to manage things, including partnering with one of its White advertising agencies. Hey, maybe PepsiCo should recruit Kylie Jenner—versus Kendall Jenner—as she’s clearly a more successful businessperson than the creators charged with overseeing operations to date.

Another high-ranking marketing executive is leaving PepsiCo. Kristin Patrick, whose duties have included overseeing the company’s in-house content studio, will depart on Friday. It was her decision to leave, according to a person familiar with the matter. PepsiCo announced her resignation today in an internal memo obtained by Ad Age.

Patrick was hired in 2013 by Brad Jakeman, the high-profile president of PepsiCo’s global beverage group who left the company late last year. Together they oversaw the Creators League Studio, which PepsiCo has used to make branded and unbranded content, including scripted series, films and music recordings. The unit was behind 2017’s widely mocked Kendall Jenner ad. But Creators League also backed successful efforts, including “Uncle Drew,” a movie based on a viral Pepsi ad that hit theaters earlier this summer as result of a collaboration with Lionsgate’s Summit Entertainment and Temple Hill. Creators League has also been involved in plenty of ad campaigns, including Pepsi’s 2018 Super Bowl ad starring Cindy Crawford and other celebs.

In a statement to Ad Age confirming Patrick’s departure, PepsiCo said that “we remain committed to and will continue to operate PepsiCo’s Creators League Studios.”

Patrick was originally hired as senior VP-global CMO for the Pepsi brand. She later took on the title of senior VP of global brand development, giving her oversight of PepsiCo’s licensing and content businesses. She was also involved on long-term brand positioning and developing relationships with the entertainment industry. Patrick shared Jakeman’s vision of using the Creators League to leverage PepsiCo’s brands and assets to make deep connections with Hollywood. Patrick, who is based in Los Angeles, came to PepsiCo from Playboy Enterprises where she was CMO.

Earlier this year, PepsiCo reached out to external partners about taking some oversight or even investing in the studio, Ad Age reported. But those efforts seem to have cooled off lately.

In the internal memo announcing Patrick’s departure, Eugene Willemsen, PepsiCo’s executive VP for global categories and franchise management, cited the “important role [the studio] it plays in our organization.” He said the studio has been involved in 250 brand projects around the world.

“Since its inception, the studio has earned 15 awards, saved PepsiCo more than $15 million in production and marketing costs, and created work that has made appearances at the Sundance Film Festival, Tribeca Film Festival, Toronto Film Festival and SXSW, among many others, with its brand-inspired content,” Willemsen said.

The studio will now be led by Lou Arbetter, who most recently served as its general manager, Willemsen stated.

Willemsen said in the memo that Patrick made a “significant impact on our organization.” He credited her for “helping to scrub our partner network and elevate our licensing business with global retail partnerships such as Zara, H&M, Colette and others.”

Other high-ranking marketing executive who have left PepsiCo recently include Morgan Flatley, the former CMO for Gatorade and Propel, who left in April of 2017 to become U.S. CMO for McDonald’s. Carla Hassan, formerly PepsiCo’s senior VP for brand management for the global beverage group, departed PepsiCo in January of 2017 to join Toys R Us as CMO.


She was directly responsible for that terrible Kendall Jenner ad. Somehow that's not mentioned in the Ad Age puff piece. It'll be interesting to see where she ends up next, and if her role as CD on that is just swept under the rug.

The credits for the advert list six people in key positions: