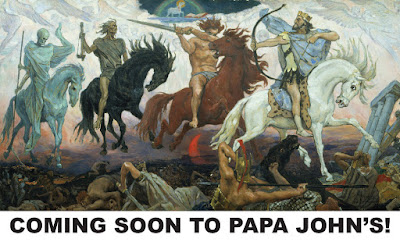 Adweek published a lengthy report on Papa John’s, revealing former Chairman John Schnatter tapped Zimmerman Advertising and its Founder and Chairman Jordan Zimmerman earlier this year for direction on: 1) how to handle charges of racism on social media and; 2) how to convince Papa John’s executives to let Schnatter keep serving as the brand mascot. These revelations indicate Schnatter might be insane, at least by the standard often attributed to Albert Einstein that reads, “Insanity is doing the same thing over and over again, but expecting different results.”

First, as previously stated here, receiving advice on culturally competent communication from an advertising-media agency is like seeking unconscious bias training from the Ku Klux Klan. Schnatter has reportedly sought such guidance from Zimmerman and Laundry Service, and the latter helped ignite the N-word scandal that’s now plaguing the pizza company. Insanity and ignorance make for a toxic cocktail.

Second, Schnatter’s desire to remain the pizza face of Papa John’s displays the narcissistic and egomaniacal tendencies common in owners of local used car dealerships who insist on casting themselves and their spouses in campaigns. Insanity, ignorance, narcissism and egomania make for a potent poison.

Third, partnering with Zimmerman shows Schnatter is a mediocre moron. Plus, Adweek reported Schnatter and Zimmerman are old pals—which is not surprising—further indicating Schnatter resorts to cronyism. Insanity, ignorance, narcissism, egomania, mediocrity and cronyism make for a fatal concoction.

It’s only a matter of time before the Four Horsemen of the Apocalypse make an appearance.