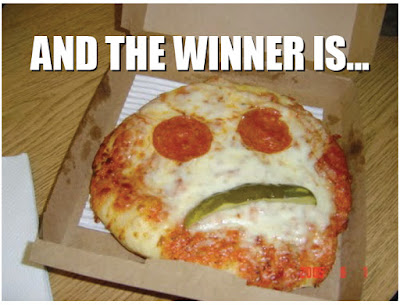 Adweek reported Papa John’s hired a fresh AOR—Endeavor Global Marketing —which has never served as an AOR. Oddly enough, the new shop is still probably an improvement over Laundry Service and Zimmerman Advertising. According to Adweek, the AOR selection—which did not involve former Chairman John Schnatter—came after a less-than-one-month-long pitch between three agencies. It’s likely that the average Papa John’s employee spends more time cooking a pizza than the competing firms spent cooking up presentation concepts. Oddly enough, the new campaign is still probably going to be an improvement over Schnatter shilling.

Pizza chain Papa John’s has turned to another ad agency to help the company move through its ongoing identity crisis.

The brand chose Endeavor Global Marketing, the creative division of the Endeavor “holding group” formed by Ari Emanuel’s media conglomerate WME | IMG late last year. That group also includes both WME and IMG along with such disparate entities as UFC, The Miss Universe Organization and Droga5 (in which it holds a minority stake).

Bozoma Saint John, who joined the umbrella organization as CMO earlier this summer after a year at Uber and officially started work this week, led the final pitch along with EGM president Ed Horne, evp Seth Matlins and executive creative director Ryan Wagman. The review launched less than one month ago, with EGM beating out two other unnamed agencies.

WME co-president and former ESPN executive Mark Shapiro has been a member of Papa John’s board of directors since 2011.

The company’s search for an AOR started after Adweek reported on a round of layoffs at Laundry Service, which won the account late last year. The following day, Forbes reported that company founder and chairman John Schnatter had used the N-word on a May media training call that also included unnamed agency employees. Schnatter later acknowledged using the word, but claimed it was taken out of context.

Forbes then published a longer story regarding the company’s “toxic culture” as Schnatter accused Laundry Service of “pressuring” him to use the word and later attempting to “extort” Papa John’s for $6 million. An internal memo from Laundry Service described those claims as “completely false.“

Now, Saint John said the brand must act quickly to redefine itself.

“This is a really pivotal moment not just for Papa John’s, but for all corporate businesses and all brands that service a larger group of people,” Saint John told Adweek. “Our culture has become even more sensitive to anything we feel is outside of our moral compass, and as a brand we acknowledge that.”

While EGM currently handles a variety of projects for clients such as Visa and T-Mobile, this news marks the first time it has been named creative AOR on a major brand. Saint John described the relationship as “more all-encompassing,” stating that the resulting work will “run the gamut” from traditional advertising to social media, public relations and “cultural help.”

Endeavor will begin working across all of Papa John’s channels immediately, with a full campaign set to debut in the fall.

“This isn’t an apology ad campaign,” she said. “It has to be cultural and deeply moving … the 120,000 employees of Papa John’s are not defined by one individual. How can we as EGM not just create a new narrative based on a value proposition, but convey what is truly inside Papa John’s?”

CEO Steve Ritchie acknowledged in a statement that the brand looks to reintroduce itself to the public.

“We met with the Endeavor Global Marketing team, led by Bozoma Saint John, Ed Horne and Seth Matlins, and they blew us away with their perspective, experience and creativity,” Ritchie said. “The brand is at a pivotal moment. We need to earn back the trust of the consumer and we need to demonstrate our commitment to being inclusive. We believe Endeavor Global Marketing is the right team to help us do that.”

A Papa John’s representative declined to elaborate beyond Ritchie’s quote, and neither the client nor its new agency named the other two shops involved in the review.

According to two parties with direct knowledge of the matter, executives at former AOR Grey recently reached out to Papa John’s regarding the possibility of resuming work on the brand. At least one member of the company’s board then reportedly attended a meeting in the agency’s New York headquarters last week.

Schnatter, who was not involved in the review process, has launched a legal campaign against the company he founded in 1984. Last week he filed a complaint alleging the board had not provided documents related to his resignation, which he previously called “a mistake.”

The Forbes story claimed that he hired a separate agency to make new ads starring himself after former CMO Brandon Rhoten was reportedly pushed out of the company when he suggested it move away from marketing campaigns featuring Schnatter.

A spokesperson for Publicis Groupe’s Fallon, which resigned the business after approximately one month along with Initiative and Olson Engage, said that the agency’s work was product-based and did not include any ads starring the founder. Those ads, if they do exist, have yet to run.

The board of directors also brought on Powell Tate, a public affairs division of IPG PR firm Weber Shandwick, earlier this summer.

“Powell Tate is working closely with a team of advisers, including Akin Gump, who are assisting Papa John’s as it takes the necessary steps to address the issues raised by recent events and move the company in a positive direction,” said the firm’s svp of business development Ellen DeMunter. “We are providing counsel and support to Papa John’s senior management to help them deliver on their commitment to take deliberate and meaningful action to improve its corporate culture.”

“With these types of things, you need to react quickly because the audience and the consumer needs to know where you stand,” said Saint John. “You can’t let this linger.”