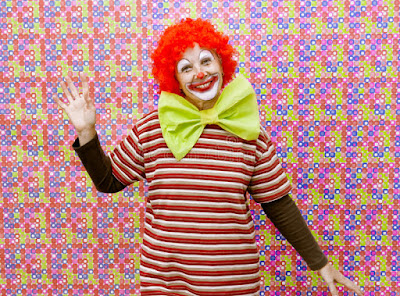 Campaign published another shocking exposé on the dearth of comediennes in adland. Don’t mean to sound insensitive, but this particular cause is, well, laughable. Although maybe the lack of female jokesters is unique to the UK advertising industry. Expect Kat Gordon to go global, launching 3% Comedy Clubs and a Comedic Certification program. And Cindy Gallop will declare, “This is not fucking funny! The single biggest business issue facing our industry today is not diversity—or even sexual harassment. It’s women wisecracker discrimination, which prevents gender equality, diversity and inclusion from ever happening, by keeping out of leadership and power The Queens of Comedy who would make equality, diversity and inclusion happen.” Then she’d announce her newest website, MakeJokesNotPorn.com. Finally, look for Groupon to name Tiffany Haddish as Chief Creative Officer.

It is time for a ‘revolution’ of funny women in advertising

Lynne Parker set up Funny Women to disprove the old stereotype that women can’t be funny. Now she’s taking her mission to advertising.

Try this exercise: can you name a recent ad that starred a funny woman?

It is not as easy as it should be. Vicki Maguire, the co-chief creative officer of Grey London, wrote in Campaign earlier this year, “When it comes to women, the ad industry is still clueless” and needs to tap into the wealth of female comedy talent. In a world where the stereotype that “women aren’t funny” is finally dying out, why is advertising still lagging behind?

Lynne Parker, the founder and chief executive of an organisation called Funny Women, believes it is time for “a mini revolution” in advertising. She says the industry needs to wake up to the power of women’s humour, not just in ads themselves but also in the workplace.

“The UK has a legacy of funny advertising, but we have to make that humour relevant to today’s market,” she says. “There is much more awareness of how brilliant women are at performing and writing comedy, but we still don’t represent that particularly well in advertising.”

Parker founded Funny Women in 2002 to help women perform and write comedy, as well as incorporate humour into business. The idea was born during her time working in marketing and PR, when a comedy promoter told her he never booked women because they weren’t funny.

She has spent the past 15 years proving him wrong. Funny Women runs comedy workshops, conferences and awards, and alumni include top comedians such as Bridget Christie and Sara Pascoe.

This month Parker is turning her focus to advertising, with an event on 24 May hosted at Grey London called Comedy for Creatives. The one-day programme will teach creatives how to develop funny and authentic content and campaigns, and use humour in their working lives.

“The criticism I have of advertising is that a lot of scripts where women are portrayed are written by men and they don’t have an authentic female voice,” Parker says. “The other thing that makes me cross is that they always use the same people. Is it laziness?”

There are some exceptions, such as Maltesers’ recent campaign featuring menopausal women and lesbians who relate humorous anecdotes. When those ads launched, Mars UK’s marketing chief Michele Oliver cited the challenges of depicting those women in a genuine way due to a lack of diversity in agencies’ creative departments.

Parker says the dearth of female talent at the top of the ad industry reminds her of the situation in comedy that inspired her to set up Funny Women decades ago.

But outside of advertising, pop culture and entertainment are finally making space for funny women’s voices: from recent TV series including Catastrophe, Derry Girls and Fleabag, to Hollywood films such as Girls Trip and Amy Schumer’s I Feel Pretty.

This represents a sea change from when Parker started her organisation and “women were strangely invisible,” she says.

She maintains that humour has the power to help women’s voices be heard in the workplace. This is not just about telling jokes, she says, but rather tapping into comedic techniques to break down communication barriers and build confidence.

“There is a fear that if we’re seen as trying to be funny it trivialises our position,” Parker says. “But actually it can improve your confidence. Learning basic comedy techniques can also unlock creativity or help you communicate better with colleagues and clients.”

During her career Parker has collaborated with many brands which still seem hesitant to align themselves with real, outspoken women, she observes. But it is imperative to not only represent women authentically in ads, but also tap into a diverse mix of talent, she adds.

“[Advertisers] are missing a trick if they’re not seeing what these women are making. There’s so much creativity, and I feel a lot of it is blinkered,” Parker says. “You don’t need to tokenise women, because there are lots of brilliant women out there.”

Parker echoes a truth that has become even more apparent in advertising and the wider world over the past year, with movements such as #MeToo and Time’s Up. As time passes, those marketers which don’t put it into practice will look increasingly tired.

But joining the “revolution” that Parker describes might be as simple as starting to tell the stories of real women, having a laugh.