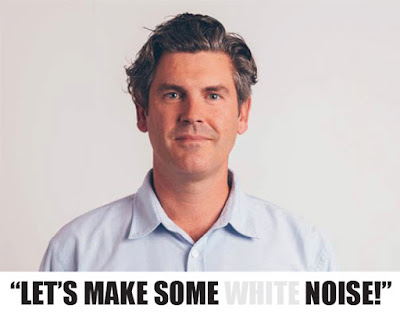 Campaign published a bold proclamation from AnalogFolk Founder and Chief Strategy Officer Matt Dyke, who called on White men to “make some noise” and lead the charge for divertsity and diversity. The responding sound to Dyke’s battle cry is crickets chirping. Dyke actually stumbled into the paradox. That is, the sole group with enough power and numbers for preventing the global problem is also perpetuating the global problem. White women are igniting change for themselves because they have enough power and numbers—plus, they’re taking advantage of their own White privilege. On the flipside, racial and ethnic minorities can’t collect enough crumbs to increase the crickets chirping.

(BTW, Dyke should concentrate on making noise—and making change—at AnalogFolk, where the staffers look like typical adfolk, in terms of diversity.)

A view from Matt Dyke

The chances are that you are a privileged white guy reading this.

And chances are you’ve twigged that this is yet another article banging on about diversity.

So you’re probably thinking about whether you should read this.

Because you’ve read this before.

You already know the arguments.

But you feel slightly awkward as the white guy.

This isn’t your fight.

Except that it is.

Melinda Gates is a powerful woman.

They don’t come much more powerful or influential.

But at SXSW she said that she doesn’t believe one woman on the team can make the difference.

One person of colour on the team doesn’t make the difference.

Because there’s only one of them.

But many more of you.

You can affect change much more effectively than they can on their own.

And she’s a woman of colour.

She also didn’t mince her words at SXSW.

She wants, “white men to look around in their office and say, ‘Oh look, there’s a lot of white men here. Let’s change this.’ Why do I — as the black woman — have to fix that?

So there you go, make some noise.

Because change isn’t happening at the scale or pace that it should be.

But we can change that today.

As a white man leading an independent agency network, I need to think about making noise more than most.

Start-ups are important in any industry. They bring fresh ideas. New ways of doing things.

They bring disruption. And if the industry takes heed of this disruption, everyone benefits.

So I feel a sense of responsibility.

But also excitement at the opportunity we have to make a difference.

We encourage people to bring their whole selves to the workplace.

It builds an authentic community.

It also leads to greater variety of ideas based on diverse personal experiences.

We need to work on the cultural growth plan.

Not just our product growth plan.

We can keep asking the questions until people take notice.

We can check our own unconscious bias.

And help others check theirs.

Because we all have them.

We can change how you recruit and interview.

We can go and speak to the women, people of colour or neuro-diverse in our company.

Ask them how we can support them.

Let them know we’ve got their back, we’re in this together.

We can make change happen.

Matt Dyke is founder and chief strategy officer at AnalogFolk