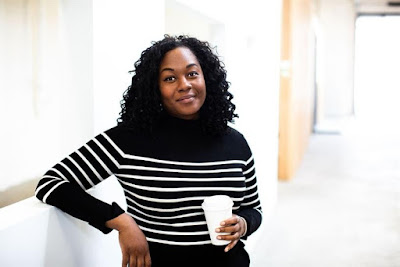 Campaign published a perspective from Madwell Publicity Manager Lisa Vanterpool, who presented the standard viewpoint on Black women as a distinct demographic. While Vanterpool does a decent job of delivering the message, it’s disturbing that adland must be regularly reminded of such basic information. After all, Black advertising agencies have been repeating the factoids for at least 60 years. Then again, maybe it’s to be expected given that the U.S. advertising industry employs less than 100 Black female executives. Hey, it’s tough to get the White majority on Madison Avenue to recognize a group they rarely even see.

What is black girl magic, and why should brands care?

Brands are missing out by completely missing the point, says Lisa.

I don’t normally make it a habit of trying to speak for an entire group of people (it rarely ends well) but I’m willing to make an exception on this particular topic.

Those two words probably conjure up all sorts of stereotypes, none of which I’ll dive into here, but I will get right to the point: black women have been overlooked for far too long by brands.

“Impossible!” you say. “What about #BlackGirlMagic and #BlackLivesMatter and #BlackGirlsRock?” Listen, I’m a fan of hashtags too, but they can’t do all of the heavy lifting—especially when just 19 percent of people featured in advertising are from minority groups.

Black women’s values are incorporated into every facet of their lives. Not only do they show up at the ballot box and the box office, but they also show up at the cash register spending with a discerning eye for brands that do their due diligence and speak to them in a holistic and well-informed way. And we’re not talking pennies: according to a recent Nielsen report, black women control the lion’s share of the African-American community’s $1.2 trillion in spending power.

The crux of the problem lies in the fact that brands aren’t willing or eager to learn the ins and outs of this demographic. We’ve seen them consistently trip over their feet and inevitably end up alienating most of them in the process. From Dove to Tarte to Shea Moisture to Pepsi—oh, Pepsi—it happens time and again. Efforts to be inclusive backfire, and the backlash is significant. It doesn’t help that advertising has itself remained an industry with little to no diversity, making the problem even more deep-rooted.

So what are brands to do? How can they genuinely reach black women and all their magic?

Well, they have to care—truly care. Black women can detect fakeness faster than most. (Allow me to personally verify that this is true.) Brands need to spend time with black women to see what they really care about, understand their values and what makes them tick, and get to know what’s going on within their communities. They need to listen—and then speak.

There are some brands who are getting it right. Take Gap for example. Their recent Instagram ad for their Love by GapBody line was exceptional. The image depicted a beautiful and intimate moment of a black woman breastfeeding her child and the stunning ad was able to nail it on few fronts. It showed compassion, love and a softness that isn’t often portrayed. Further, it was seen as catalyst to promote breastfeeding among African American mothers as they have the lowest rate of breastfeeding initiation and duration—about 64.3 percent, compared to 81.5 percent for white families and 81.9 percent for Hispanic ones. 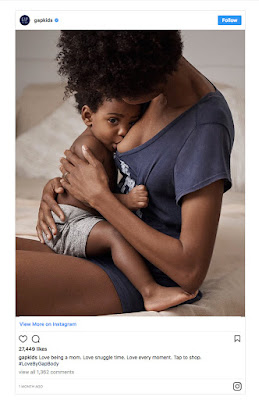 It’s just one example of something brands more often miss the mark on: that black women have a desire to see themselves and their communities reflected genuinely and positively in branding, packaging and advertising. Far too often, black women have been automatically lumped into an “urban” group, but the truth is that that’s only reflective of a portion of the community. Black women want to see themselves in advertising in all walks of life, from career woman to mom to entrepreneur and everything in between, because part of the magic of black women is their dexterity to adapt to what works best for them.

Black women are willing to spend money on the brands and products they believe in. If brands continue to ignore these facts they’ll continue to miss out on huge—magical, even—opportunities.

Lisa Vanterpool is a publicity manager at Madwell, an advertising agency located in Brooklyn.