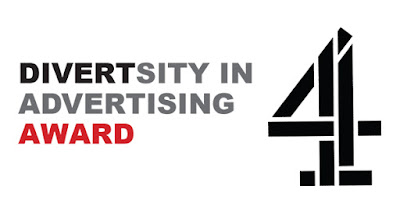 Campaign reported on the Channel 4 Diversity in Advertising Award, an annual honor that provides commercial airtime to the top campaign concept from brands and advertising agencies allegedly focused on diversity. The first award in 2016 went to Mars brand and Abbott Mead Vickers BBDO for a Maltesers campaign featuring people with disabilities. Lloyds Bank and Adam & Eve/DDB nabbed the next award for a campaign on mental health stigma. This year, the brief topic is the portrayal of women in media. In short, the contest should be renamed the Channel 4 Divertsity in Advertising Award. It’s becoming apparent that the U.K. advertising industry does a better job of ignoring racial and ethnic minorities than its U.S. counterpart. If the U.S advertising industry employs fewer than 100 Black female executives, how many can be found in the U.K.? Hey, maybe a White advertising agency will submit a concept portraying the handful of the Black women in adland across the pond. But probably not. Oh, and the female judges listed by Campaign are all White women, with the exception of the IPA Head of Diversity, who identifies as Asian. And the ladies will be joined by two White men. Yep, the judging committee will be an accurate representation of the U.K. advertising industry.

Channel 4 will give its next Diversity in Advertising Award to a creative idea that challenges the portrayal of women in media.

The annual award offers £1m worth of commercial airtime to the best campaign idea from brands and agencies focused on diversity. Each year the broadcaster’s brief has explored a different theme aimed at improving diversity in advertising.

Starting in 2016, the same year as the Rio Paralympics, the first winner was Mars brand Maltesers and Abbott Mead Vickers BBDO, which created ads depicting people with disabilities in everyday, humorous situations.

Most recently, Lloyds Bank and Adam & Eve/DDB won the award for a campaign about non-visible disability. The bank’s spots tackled mental health stigma.

Channel 4’s new brief comes in the wake of the #MeToo movement, debates about the gender pay gap, and 100 years since women won the right to vote in the UK. The broadcaster has tasked creatives with developing campaigns that will challenge stereotypes, objectification and sexualisation of women.

The deadline for this year’s entries is 9 July, and a shortlist will be revealed on 17 July. A winner will be announced in September and the campaign will launch in early 2019.

Channel 4 has committed to providing the Diversity in Advertising Award each year until 2020.

Maltesers, the original winner of the award, has continued its push for more diverse advertising, with ads launched last month that tell the stories of women often misrepresented in media.