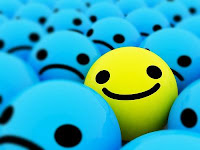 The future looks bright with a MultiCultClassics Monologue…

• The latest AP-GfK poll shows 82 percent of Americans are optimistic about what the new year will bring for their families. The remaining 18 percent is comprised of Tiger Woods and his girlfriends.

• Rush Limbaugh announced he’s OK after a trip to the hospital prompted by chest pains. “The pain was real, and they don’t know what caused it,” said Limbaugh, but he assured everyone that his heart was fine. The doctors were probably surprised to discover Limbaugh had a heart.

• Plans are underway in Gary, Indiana to erect a memorial complex honoring the late Michael Jackson. The proposed project will have a museum, performing arts center, hotel, amusement park and golf course. Because Jacko was so well-known for his golf game. Of course, young boys will get in for free.
Posted by HighJive at 8:44 PM