In 2006-2007, MultiCultClassics posted Parody Ads to spotlight the lack of diversity on Madison Avenue. The original series played off iconic campaigns. 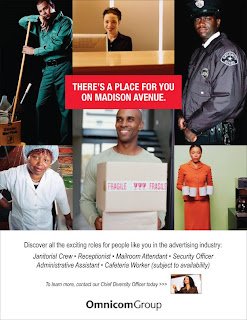 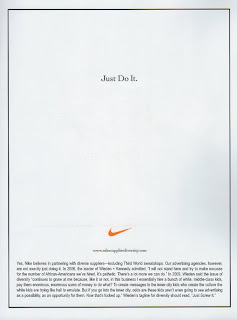 In 2008-2009, MultiCultClassics posted Tagged Diversity Recruitment Ads. The series embellished real corporate diversity messages, pointing out the contradictions and hypocrisy of advertisers pontificating on inclusion while partnering with advertising agencies where exclusivity reigns. 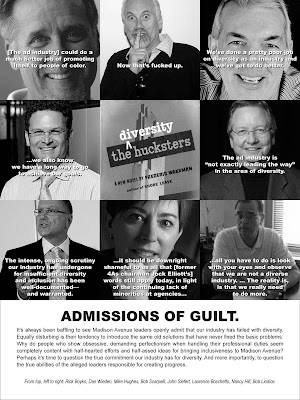 In 2010, MultiCultClassics introduces a transformational concept. It’s time for Madison Avenue to get actively involved.

Diversity in the advertising industry remains a dream deferred, delayed and denied. Now you have the equal opportunity to bring change to Madison Avenue once and for all. Simply design a campaign to inspire and ignite inclusiveness in our ranks.

Scope of the entry is at the entrant’s sole discretion. There are no budgetary, media or creative restrictions.

Rules: Contest open exclusively to U.S. White and General Market Advertising Agencies. White senior management executives must be intimately involved with your agency’s entry, preferably leading the initiative. Sorry, no minority or multicultural agencies allowed. Additionally, no Chief Diversity Officers, Diversity Committees, ADCOLOR® Members, Mailroom Attendants, Receptionists, Janitorial Crews or Security Staff permitted to participate. Minorities may be ultimately integrated into the effort, but you must not delegate diversity to the resident non-White person in your office.

Given Madison Avenue’s historic sluggishness on diversity, entries must be submitted by January 1, 3010, or before Cyrus Mehri issues subpoenas, whichever comes first.

No entry forms to fill out or fees to pay. Once you’ve hatched an idea, contact MultiCultClassics via the comments process.

I regret that I had not seen this one, High Jive. Well-played.