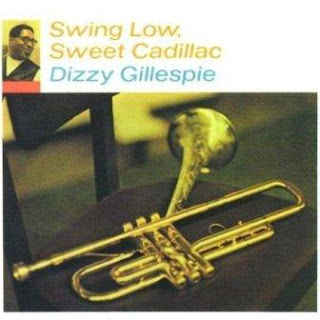 Advertising Age reported General Motors handed its Cadillac account to Bartle Bogle Hegarty in New York. Plus, the story claims that the automaker boosted media spending to a whopping $270 million in 2008. This was also the year GM cut its Black advertising agency for the brand, despite initially insisting no such thing would happen. To bring matters full circle, at the 2009 Diversity in Advertising Career Day, BBH allegedly set up a table with a sign requesting candidates simply drop off résumés. Funny how it all works out.

NEW YORK (AdAge.com) — General Motors’ Cadillac has chosen Bartle Bogle Hegarty, New York, as its new creative agency after a review that began in October, say execs familiar with the matter. The shop succeeds Boston-based indie Modernista, which worked on the account for three years.

The final round of the pitch was a three-way battle between Publicis Groupe-backed Bartle Bogle; Publicis, New York; and Interpublic Group of Cos.’ Martin Agency. GM evidently made a decision quickly, as final presentations have been taking place over the last two days. BBH and Publicis are said to have made presentations on Wednesday, while Martin Agency was the last to pitch, just yesterday afternoon. Consultancy Ark Advisors in New York was tapped by GM to manage the agency review.

GM increased domestic measured-media spending behind its Cadillac brand for full year 2008 to nearly $270 million, according to TNS Media Intelligence.

GM has been making a flurry of changes related to its advertising initiatives—both internally within the marketing suite and externally with the agencies it works with. Just last month, it shifted half of its Chevrolet creative account from Interpublic’s Campbell-Ewald to Publicis in Seattle and Dallas. Publicis was tapped to handle Olympics work for three models, the Malibu, Traverse and Equinox.

Bartle Bogle was a finalist in Audi of America’s review in 2006, and the agency’s London office handles Audi in the U.K. In the Audi of America review, the agency pitched against incumbent McKinney, which had held the account from 1993 to 2006. The account is now with Venables, Bell & Partners.

scary thing about bbh, they have done this thing at job fairs since 2005, its been blogged about constantly how no one is ever at their booth, but they clevely place a not saying place resumes here. Most minority job fairs are a joke, their not looking for talent, and if they are their mostly looking for interns or entry level people.

As far as the GM thing goes when u have white corporations and white agencies in cohootz, they can play and discard minority agencies with ease. Just like in the nfl and the rooney rule. When u got a white commisioner and white owners, who only do token interviews after the fact they pick the white coaches its all a sham. Goodell knows this so do the white owners. If u want to see change u need a stronger rule than the rooney rule. But at least their "required to interview a minority candidate". In advertising black or ethnic agencies cant even pitch for AOR, and minority candidates are not even interviewed. So either way its still messed up, but thats the world we live in.