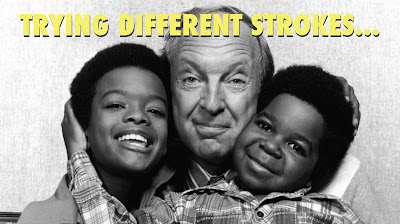 Advertising Age published a story titled, “Procter & Gamble and Kimberly-Clark Try Different Strokes to Fix Agency Model”—showing how the mega-clients are influencing transformation in the world of advertising agencies. The scenario underscores one of the easiest ways to end exclusivity on Madison Avenue and beyond. That is, if Procter & Gamble and Kimberly-Clark want to make good on their respective commitment and dedication to diversity—as well as end the hypocrisy of promoting inclusion while conspiring with predominately White advertising agencies—all the companies have to do is request change. The advertising industry has demonstrated time and again that it will only act when clients deliver demands. Corporations face scrutiny from watchdog groups insisting marketing messages are accurate and truthful. Why doesn’t anyone call out Procter & Gamble and Kimberly-Clark to be honest with their claims about diversity?

One Goes for Consolidation; the Other for Fluid Assignments

Packaged-goods rivals Procter & Gamble Co. and Kimberly-Clark Corp. are both changing how they work with agencies, but are going about it and talking about it very differently. While P&G has been cutting the number of agencies it works with aggressively, K-C is looking to keep agencies around, but making leadership on brands fluid, with no guarantees about what or how big an agency’s role will be on a brand.

Through consolidation, P&G is “upgrading, so we can get better quality, fewer touches and save half a billion dollars that we can hopefully reinvest some of back into building our brands,” Global Brand Officer Marc Pritchard said in an interview in Cannes in June.

“Because of new technologies and new capabilities, there have just been a lot of agencies hired and related vendors,” he said. “There is literally a long tail. We’ll still work with the big, capable creative shops. They’ll pick up more capabilities and do more things, and it will just be a lot simpler. We’ve found with simplicity you get better work, because it’s more focused, and you get better execution as well.”

That doesn’t necessarily mean only bigger shops. Among agencies P&G has added in the past year is Boomagers, a small startup shop that specializes in marketing to baby boomers and led the effort for what’s been one of the company’s most successful launches of the past year—Always Discreet adult incontinence products.

“It’s not about big or small,” Mr. Pritchard said. “It’s about the best. So we’ll still have a range of creative shops so we can get the best work. And we’re always on the lookout for the best creative possibilities.”

K-C CMO Clive Sirkin wants to help fix an agency model he sees as broken, but he sees consolidation, and the growing number of reviews it inevitably entails, as part of the problem. “The more we put our agencies in review, the more we say ‘We want you focused on rearranging the deck chairs,’” Mr. Sirkin said.

Not only is he “frustrated” with the current state of the agency model, Mr. Sirkin said, but he believes agencies are too, because “the current reality is chaotic and unpredictable and the economics get worse and worse for them.”

Margins may be fine and even growing at holding companies, he said, but he thinks that masks a thinning out of agency ranks. He can remember a time when he worked at Leo Burnett when the agency “had a bench that was five or six deep” on key accounts such as Kellogg Co. or P&G, and the agency always had a plan for who would backfill when someone departed. That’s increasingly rare on the agency side, he said.

His idea of an “Uber-style” model might address that—with agencies putting more resources into talent with deep backgrounds and strategic expertise working with clients to create the big ideas, while putting more responsibility for developing content at a variety of entities outside the agency.

So for Kleenex’s recent campaign, small Chicago shop VSA Partners led the team, WPP’s JWT and VML were part of it, and one of the hit ads to date—the “Unlikely Best Friends” video—came from Facebook’s Creative Shop.

“K-C is looking to keep agencies around, but making leadership on brands fluid, with no guarantees about what or how big an agency’s role will be on a brand.”

So basically K-C is going to treat their white General Market agencies with the same disdain and second class citizenship status with which they and P&G have always treated their ethnic agencies?

At least those of us in ethnic agencies are already used to a longterm diet of crumbs and nothing.