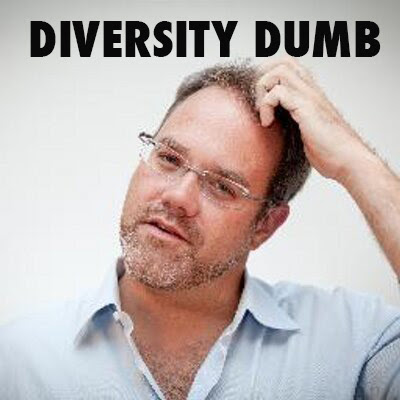 Campaign presented a perspective from Droga5 Chief Creative Officer Ted Royer—a self-described lumpy White guy—explaining why creatives should try working abroad. Royer’s commentary included, “Throw yourself into another culture to better understand yourself and your audience.” The CCO added, “I see an energy and enthusiasm in the faces of every foreigner who works in D5. They are delighted to be tearing it up in New York. They feel more alive just for being here.” Heaven forbid the White advertising agency might see the value of throwing itself into non-White cultures by diversifying its own staff with more than foreigners—versus perpetuating the exclusivity so prevalent in the industry.

Throw yourself into another culture to better understand yourself and your audience, says the chief creative officer of Droga 5.

Let’s say you’re having a shit(e) day. An account is going tits up. All your work got killed. You realise you lost the pitch while still actually in the pitch meeting. You’ve just shot an ad and some nerd just discovered the same thing had been done in Australia in 2002… Whatever it is, crap day.

Then you leave work and walk outside.

Outside, the sights and sounds are all different. Voices sound strange. The food is different, some looks good, some looks…gross wtf is that? Even the sunlight seems strange and surreal.

This is what living abroad, far from home, off on another continent, feels like. For a creative it’s intoxicating. And you know how much we creatives like to be intoxicated.

If you have the chance to live abroad, I can’t recommend it enough.

Creatives are lucky. We don’t need to pass some bar exam or get some specific degree to practice our trade anywhere around the world. All we need is empathy, an open, curious mind and a willingness to absorb what’s around us.

Live abroad and you will shake off pre-conceived notions, challenge assumptions about the way things are done, and be constantly surprised at the choices that have been made.

I’ve been lucky enough to live and work in Asia, South America and Australia. I definitely believe it’s made me a better creative, much less husband, father and friend.

In another country you soon begin to see which truths are universal, and which are merely regional or national. You develop a sense for what a truly global idea is. Will an audience understand your idea in Cambodia, or Bolivia?

You get to see what new clever ways old familiar problems have been dealt with. And you also see what stupidities are universal.

If you’re single it’s even better. Whatever accent you have now seems exotic.

You’ll have more game just for being from a far off land. I should know. In America I’m just another lumpy white guy. Abroad I was interesting and exotic.

I see an energy and enthusiasm in the faces of every foreigner who works in D5. They are delighted to be tearing it up in New York. They feel more alive just for being here.

The best thing is perspective. You literally leave your comfort zones. You spend real time in your own head. You find out more of who you are and how wonderfully weird you are.

So if you have the chance, if you’re on the fence, or if you need to get the hell out of town before you go crazy, do it. Move abroad. Throw yourself into another culture. Dive into a strange world.

That way, when you have a shit day you can instantly make it great just by walking outside.

Ted Royer is the chief creative officer of Droga 5

I wish these white guys in agencies would, just once, extend 1/10th of the same courtesy and enthusiasm they show to foreign expat hires, to minorities in America.

I don’t know if it’s the exoticism or romance or whatever of international life that leads them to fall all over themselves hiring people from France / South Africa / Brazil / you name it, but wouldn’t it be amazing if they assumed a black guy from Chicago or a Latin@ from Texas might have something equally important to show the ad world?

“I see an energy and enthusiasm in the faces of every foreigner who works in D5.”