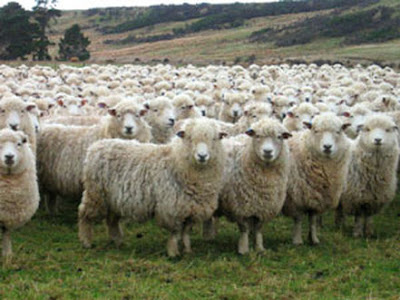 Campaign published a perspective explaining why there’s a talent shortage in the advertising and media industries: apparently, young people aren’t aware of the opportunities available to them in the disciplines. Um, isn’t this one of the popular excuses for the abysmal lack of racial and ethnic diversity in adland and mediatropolis? Does this mean more recruiting efforts will now target White youth versus minority youth? Will agencies scour lower-income White neighborhoods for the next generation of executives?

Creative solutions to the talent shortage in advertising and media

The advertising industry needs to be as proactive as banking and accountancy to seek out the brightest graduates, says UCAS Media’s head of careers and employer engagement.

With A level results out today and many young people finding out what direction their future will be going in, it seems like an apt time to think about getting new talent into advertising and marketing.

At the moment, it doesn’t look great. Earlier this year recruitment company Robert Walters found that 84 per cent of businesses recruiting for marketing roles say they are affected by talent shortages, with 81 per cent saying that there is a lack of candidates with the right skills.

So what’s causing this talent shortage, and what can we do to rectify it?

The advertising industry often struggles because the job roles and routes to get there aren’t as obvious as they are for banking, medicine or accountancy for example.

Beyond the TV show Mad Men, there is little genuine understanding among young people as to the roles available for them in media, marketing and advertising.

From strategists and planners, to sales teams, designers, and post-production, the variety of roles simply isn’t obvious from an outsider perspective.

Additionally, those who do aspire to a career in advertising often consult lists of the UK’s top 20 biggest ad agencies and work hard to get in through the graduate programmes run by these bigger companies. It’s an approach that means the majority of smaller agencies tend to miss out, which also has a dramatic impact on businesses working outside of London.

On the flipside, if we look to those more classic professions like accountancy, you’ll find that organisations such as ACA and CIMA work hard to promote careers in the sector and put a lot of effort into early engagement.

They are incredibly focused on promoting the industry as a whole through Insight Days, and work with local universities, as well as targeting specific courses where they know they will find the right people. And it works too.

The Association of Graduate Recruiters recently noted: “Across AGR members, on average, 26.5 per cent of graduate positions were filled by people who had previously worked for the same employer through an internship or placement programme.”

This should be a wake-up call to all industries. Opening your doors early-on not only enables the right talent to get some experience, but also means the graduates that you take on board at the end are infinitely more committed.

It’s also about looking outside of the graduate pool and connecting with the 18-year-olds that are keen to get some experience under their belt and start work as soon as possible.

Offering work experience and — better yet — apprenticeships, as other industries have done, would also help bring in talent that otherwise may stay untapped.

It’s a trend that is picking up with the AGR seeing 68 per cent of its members offering school leavers opportunities in 2013-2014, an increase from 54.7 per cent in 2012-2013. Local agencies in particular stand to benefit from bringing young talent in and training them up – this way the talent pool in their region will stay full.

As an industry, advertising is set to add £12.1 billion to the UK economy by 2018, but it can only continue to thrive as an industry if it maintains a strong pipeline of talent.

This means looking outside of itself to art and graphic design courses, and to the mathematicians that could become the next generation of data scientists.

It also means connecting with young people early on so they know what a vibrant and varied industry advertising is, as well as familiarising themselves with the agencies that are right for them.

It’s a move that would see a greater volume of talent coming from a wider variety of backgrounds — something that can only be of benefit to the industry and its clients.

I don’t know about the UK, but what exactly does the ad industry offer to young people in America these days? It’s an endless sea of old ways of doing things that are entrenched in sameness and whiteness.

As a whole they’re more diverse and multicultural than any other generation before them, and getting even more so with each passing year.

The ad world made their bed by being so stubbornly resistant to outsiders or outside innovation. I hope they enjoy watching real talent head for the doors or pass them by completely for the allure of other industries that are more exciting, welcoming and diverse.