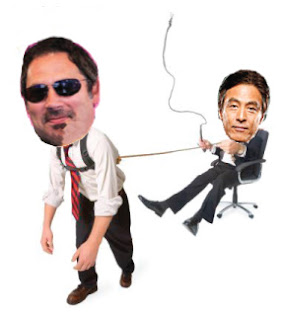 Advertising Age reported on the latest drama involving Steve Biegel versus Dentsu. Biegel had been ordered to present more support for his sexual harassment and discrimination charges (see Essay 4961). In the newest filing, Biegel blasted the Dentsu culture as “slavishly deferential” to agency leaders.

Um, not buying it.

When two Indonesian housekeepers recently testified against their Long Island bosses—successfully arguing they were modern-day slaves—the women were not seeking million-dollar payments.

It’s possible the prostitutes working at the infamous Prague whorehouse were slaves.

New Jersey legislators are considering officially apologizing for slavery, but it’s unlikely Biegel will be included in the gesture.

No, lifetime Madison Avenue executives are not slaves. And they shouldn’t toss around the term to sensationalize court documents.

Then again, watching this case unfold is starting to feel like torture.
Posted by HighJive at 1:52 AM