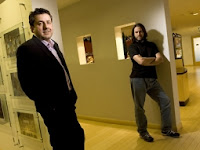 Pop Culture With a Twist
Multicultural Agency of the Year: Grupo Gallegos

Grupo Gallegos figures out how to interpret popular-culture icons such as the pink Energizer Bunny, Fruit of the Loom’s fruit guys and “Got milk?” for Hispanic consumers who didn't grow up with them -- and wins creative awards doing it, along with more sales for its clients.

“The key thing is ensuring you keep the same personality and DNA as the general market and find ways you can make them part of Hispanic culture,” says Esther Soto-Schwartz, Grupo Gallegos director-planning and research.

That approach led to the award-winning Hispanic “Toma leche” (“Have some milk”) campaign that captures the quirky humor of “Got milk?” but reverses the English-language campaign’s concept of being deprived of milk in favor of rampant consumption in fictitious towns where people drink nothing but milk. They have bones so strong that they're unharmed in a place where gravity comes and goes, their fantasies are fulfilled in soporific milk-induced dreams, and their dazzling teeth are bared in happy smiles no matter what disaster strikes.

“We made the creative decision that milk deprivation is not humorous to the Hispanic consumer,” says Steve James, executive director of the California Milk Processor Board. “Grupo’s spots are quirky, witty and humorous. Before Grupo, [our ads] were very earnest. Now, the general market and Hispanic are more in alignment in tone.”

And milk sales to Hispanics have stopped sliding.

Contender from the start
In addition to generating the best creative in the U.S. Hispanic market, the agency is stepping into a challenging and strategic role as a change agent for marketers trying to succeed with Latino consumers, and its growth never dips below double digits. Superlative creative and exponential growth -- 25% in 2007 -- have made Grupo Gallegos a contender for Advertising Age Multicultural Agency of the Year almost since the independent agency opened in Long Beach, Calif., seven years ago.

[Read the full story here.]
Posted by HighJive at 5:43 PM