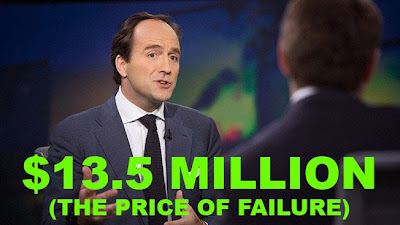 David Jones, the former global CEO of Havas and its namesake ad agency, received $13.5 million in compensation last year, which included $7 million in severance, according to the company’s newly-issued annual report.

As CEO of the holding company, Jones was replaced last August by Yannick Bolloré, son of Havas’s controlling shareholder Vincent Bolloré. Jones had held that role since 2011.

Then in January, Jones left the company after being removed from his job as CEO of ad agency Havas Worldwide, with global co-president Andrew Benett assuming that job.

In 2013, Jones received nearly $6.1 million in employment payout. Of that amount, he earned about $1.2 million in fixed compensation and the same amount in total bonus, according to the annual report. In addition, he got about $3.6 million in long-term incentive payments for 2012 and 2013.

Jones, who was employed under a U.S. contract at the Paris-based company, also received $3.6 million in severance, which comprised two years of fixed compensation of about $1.2 million plus one year of bonus at the same amount.

The holding company had no comment beyond what its report laid out and Jones could not immediately be reached.