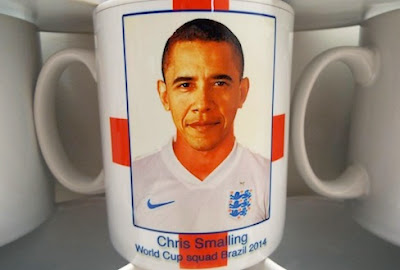 Talk about a “World Cup”: a souvenir mug celebrating the English soccer team includes the American President’s face on it.

UK discount company Wholesale Clearance UK ordered 2,000 of the mugs from an unnamed supplier, according to the UK’s Metro. Each was to include the picture of one member from England’s World Cup squad.

When they opened up the shipment, they were surprised to find President Barack Obama’s “mug” on the outside of the mug labeled for England defender Chris Smalling.

“The Dorset company in question was given the seemingly easy job of sourcing royalty-free pictures of each England squad player to use on the England mugs, along with other accompanying items such as England coasters, England mouse mats etc.,” Karl Baxter of Wholesale Clearance told the newspaper.

“They passed this onto to their young, bright eyed and bushy tailed new apprentice. The designs were proofed and signed off by their boss, who had clearly had a heavy night with the lads playing poker and before he’d had his first vat of coffee the following morning.

“They immediately contacted us and 2,000 of the England items was dispatched to our warehouse. We eagerly unpacked them and, indeed it turned out that the Chris Smalling cup had Barack Obama’s head on instead of Chris’s.”

While the President is athletic, standing 6’1” and regularly playing basketball, it would seem an intern and a late-night poker game don’t stand up as the greatest of excuses for confusing the most powerful man in the world and the 6’4” Manchester United player.

“The comment “Ooops” does not even come close to describing the reaction to the insult, the idiocy and the stupidity of the mistake,” Peter Fay commented via Facebook.

Other readers enjoyed some jokes at both the souvenir company and English national team’s expense.

“They have a better chance of shifting the Obama mugs than the actual England team ones,” Ruari Thomson joked, referencing England’s first-round exit from the tournament. “Better luck in 2018 lads!” 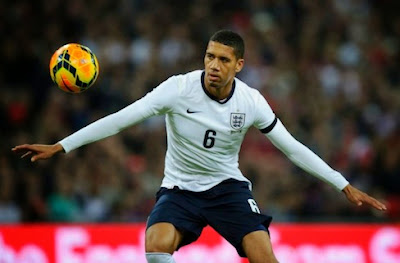