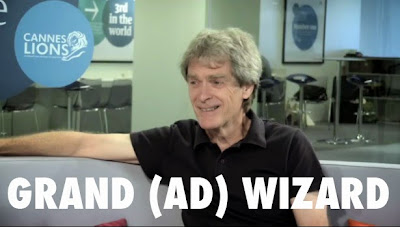 Campaign published a piece responding to an interview with Sir John Hegarty where the old man remarked, “The new messiahs have come along called ‘digital’…They’re a bit like the Taliban. If you don’t believe in what they believe in, you get taken out and shot.” Nice to see the continuing division between traditional advertising and digital being taken to new heights of ignorance. Comparing digital to the Taliban is old-school shock value at its contrived and clichéd worst. It’s like relating exclusively White advertising agencies to Ku Klux Klan rallies—and Sir John Hegarty to a Grand Wizard. Except the comparisons about White shops and Hegarty are actually pretty accurate, as they’re based in historical fact.

Why Sir John Hegarty is right about the ‘digital Taliban’

Sir John Hegarty certainly provoked a response with his “Taliban” remark at the Cannes Lions festival this year. The one that likened the “digital messiahs” so populous with the Taliban. His point was that if “you don’t believe in what they believe in, you get taken out and shot”.

However, Hegarty’s actual quotes from his Cannes interview are easy enough to agree with. In that he doesn’t see many big brand ideas, but instead a focus on “lots of one-offs”. That “at the heart of brands there is a thing called storytelling” but that there’s not sufficient focus on building a relationship between a brand and its audience.

But everything that Hegarty attributes to the “big idea”, apparently best conveyed via TV ads from the likes of John Lewis, is also true of the best digital strategies and content.

Digital is about storytelling and the trick is how you deploy your story and how it unfolds. The big idea that guides a digital brand is a content strategy. And digital is also about building a relationship between a brand and its audience.

Hegarty’s point is that too many people have lost sight of this. This applies to two types of “digital Taliban” in particular:

1) People who say “everything is measurable”

This isn’t true of traditional communications and it’s not true of digital either. It’s always been really hard to know how something will make somebody feel, and that has only become harder with the complexity of digital.

Digital is full of metrics that get tracked because they are easy to measure rather than being meaningful (click-through-rates, time-of-day analysis, page views). If you’re not sensitive to what produces a great piece of creative then you’re probably getting measurement wrong.

This data boy agrees with Sir John about the importance of the big idea and storytelling, but this now requires a more enlightened role for measurement where it is like a window to help understand what is happening in the world.

If you need to ask “what does this mean” then the measurement is clunky and is blurring your view.

Instead, great measurement lets you watch stories unfold, just as you’d watch an audience when you tell a real story. It also provides the power of understanding to improve your stories and delivery.