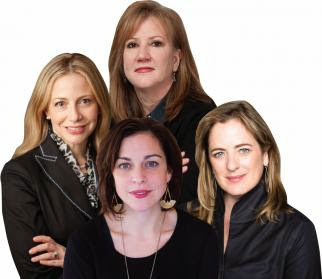 Advertising Age reported Cannes allowed more female judges to serve this year; however, women only account for 27 percent of jurors. While women make up roughly 50 percent of all workers in U.S. advertising agencies, they remain underrepresented in positions of power. Being a Cannes juror requires being a past Cannes award winner, so the criteria limits eligibility—and perpetuates exclusivity. Then again, given Cannes’ propensity to introduce new trophies, it’s only a matter of time before there’s a Cannes Lioness Award. Oh, and women are still much better represented at the festival than non-Whites.

The Cannes Lions International Festival of Creativity has named 327 jury members for 2014, eight more than last year, not to mention 24 judges for the new two-day health-care contest before the main festival. But despite the growing numbers, it’s still tough to get a jury seat.

Cannes Lions CEO Philip Thomas performs a delicate balancing act every year to make sure all holding companies, networks and agencies are fairly represented. This year, he’s also prioritizing the addition of more women and new countries to the mix. Complicating the process is the prerequisite that jury candidates should be prior Lion winners, an incentive for creatives to enter the festival.

Because Cannes decides how many judges a country gets based largely on how many entries the country’s agencies send, it also has “wild card” judges selected from countries with fewer entries. To broaden the geographical spread of jurors, the number of wild cards has been increased to three this year from two, with Guatemala, Uruguay and Hungary getting slots. Peru, a wild card in 2013, sent more entries than last, therefore it earned a judging spot on its own.

Four women are jury presidents, up from two last year, and a woman is president of one of two juries at the new Health Lions festival. In another record, 27% of all judges are women. “Some awards have made all juries 50-50,” Mr. Thomas said. “We didn’t join that campaign, but we wanted to address the issue that senior creatives are dominated by men, and to try to get more women in, because if women see female jury presidents, they see possibility.”

Despite the equality drive, he added, “Merit is the most important issue for us—all our entrants expect the best people to judge, not some quota.”

“We looked at categories in which women were high profile; for example, Jaime Robinson won three Grand Prix last year for ‘Intel Inside’—she has all the credibility and experience you could possibly wish for,” said Mr. Thomas.

The increase in jury numbers is partly because of the new category (product design) but also because jury numbers fluctuate by the number of entries.