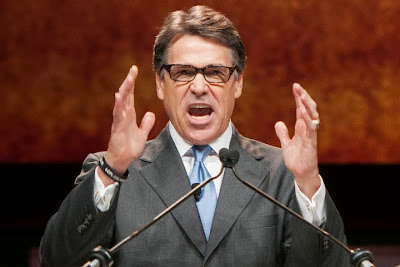 SAN FRANCISCO – Texas Gov. Rick Perry, during a visit that focused primarily on economic issues, drew on a reference to alcoholism to explain his view of homosexuality.

The San Francisco Chronicle reports that in response to a question about it, Perry said he did not know whether the therapy worked.

Perry, a former and potential future GOP presidential candidate, was then asked whether he believed homosexuality was a disorder.

The paper says that the governor responded that “whether or not you feel compelled to follow a particular lifestyle or not, you have the ability to decide not to do that.”

He said: “I may have the genetic coding that I’m inclined to be an alcoholic, but I have the desire not to do that, and I look at the homosexual issue the same way.”

The Texas Republican platform stand on the issue is in contrast to California and New Jersey, which have previously banned licensed professionals from providing such therapy to minors.

During the bulk of his talk, Perry held up his own state as a model for responsible energy production and economic growth in California.

Perry said he believes Texas is leading the way in achieving energy independence by producing crude oil and electricity in many forms, including solar power.

Perry also suggested that deregulating electricity had started a boom for renewable energy in Texas, which he called the nation’s leading developer of wind energy.

Perry said shale drilling techniques had doubled oil production in Texas, and he urged Californians to tap the full energy potential in its Monterey Shale.

On Tuesday, Perry drove up to California’s state capital of Sacramento in a Tesla Model S electric car — underscoring his desire to lure a Tesla battery factory to Texas.