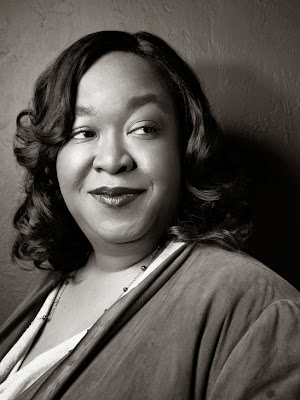 The Next Aaron Spelling? Showrunner Shonda Rhimes Is ABC’s Queen of Prime Time

The pilot of then-unknown hospital drama Grey’s Anatomy was nearly complete in early 2005, but some real heavy lifting remained. Shonda Rhimes, a screenwriter who was taking her first stab at creating a television series, needed to put together synopses of the next eight episodes, telling executives at ABC just where the soapy, hospital-based drama intended to go in the near future. James Parriott, a veteran showrunner who’d been brought in to help steer the ship, offered to take half the workload. They only had a weekend to finish, he remembers, which would’ve been a tall order even for a seasoned TV writer.

Rhimes politely said thanks but no thanks to her colleague, whose credits include hit cable and broadcast programs like Covert Affairs, Sons of Anarchy, Ugly Betty and Dark Skies. Parriott didn’t force the issue with Rhimes, but he says he awaited a frantic Sunday afternoon call asking for a bailout. It would’ve been completely understandable coming from a TV novice under that kind of pressure. While the 11th hour plea never came, Monday morning did, along with rapid recaps of Episodes 2 through 9 for a series that would become a massive prime-time success.

“In that small amount of time, she had written these brilliant, witty, wonderful one-page summations—and not just fast, but good, really superb,” Parriott recalls. “I knew right then that she had it.”

His heavy oversight—network-mandated for an unproven showrunner—became mostly a light touch after that, even though Rhimes had only a single TV credit at that point, as co-writer of HBO’s Introducing Dorothy Dandridge. “It’s always difficult to know,” Parriott muses. “Some feature writers never adjust to TV because the format and pacing are so different, but she learned it so quickly. By Season 2, she was running the show without me.”

And hence, a legendary TV producer was born. From Grey’s Anatomy, Rhimes launched hit spinoff Private Practice, which ran for six seasons, overlapping with her current watercooler smash, the Washington, D.C.-set Scandal, which just ended its third season with its best ratings ever in total viewers and the coveted 18-49-year-old demographic.

Come fall, she’ll launch another hour-long drama, How to Get Away With Murder, which ABC describes as a “sexy, suspense-driven legal thriller” starring Viola Davis, making up a three-hour Thursday block with Grey’s Anatomy and Scandal. It’s little wonder that ABC Entertainment president Paul Lee dubbed Rhimes “the Charles Dickens of the 21st century” during the net’s recent upfront presentation, a nod to her prolific output and stature in the industry. He added the caveat: “… if Charles Dickens was black and a woman.”

Lee tells Adweek: “Shonda is one of the great storytellers of our time. No one delivers the emotional power and roller-coaster ride of Grey’s Anatomy and Scandal like Shonda. She’s at the very top of her game, and we have no doubt that she’s setting a standard on ABC that others will be trying to emulate for years to come. We’re thrilled to be in business with her.”

It’s a huge bet for the third-place broadcast network, stacking up Rhimes’ shows on the most valuable night of the week for big-spending marketers like the movie studios, retailers and automakers. Meanwhile, ABC Studios just renewed a deal reportedly valued at eight figures with Rhimes’ production company, Shondaland. The extension will keep Rhimes, a Golden Globe winner and Emmy nominee, in the ABC/Disney fold through mid-2018.

That should give Rhimes some talking points next week when she’s due to give the commencement address at her alma mater, Dartmouth College, where she majored in English literature and creative writing. (Who knows? There may be a few budding Hollywood players—aspiring to Rhimes’ lofty position in Tinseltown—in the graduating class.)

None of Rhimes’ successes surprise Parriott, who says she has “become more confident” and developed “a certain executive quality” while remaining the friendly, down-to-earth person she was when she was new to the medium, fresh off writing teen-targeted movies like Princess Diaries 2 and Crossroads.

In addition to her being decisive, another of Rhimes’ strengths, Parriott says, is that she surrounds herself with talented people, like great writers and her producing partner and right-hand exec Betsy Beers. Having those in place help her balance her heavy work responsibilities with time with her young daughters.