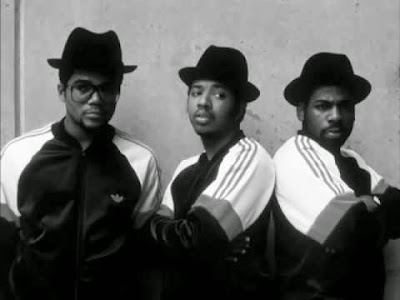 Adidas’s “my Adidas” ad from 1985 featuring music by Run DMC has topped the list of the greatest ads of all time featuring music, according to a study

The ad tops a list compiled by the global music-licensing platform Synkio.

At number two on the list is the 1991 Chevrolet ad with music ‘Like a Rock’ by Bob Seger.

At number three is the 1971 Coca-Cola advert featuring ‘I’d Like to Teach the World to Sing’ by the Hillside Singers and at number four is the iconic 1989 British Airways ad using Lakme’s “Flower Duet”.

Many of the campaigns on the top ten are 20 years old or more, such as the 1987 Pepsi ad, in seventh place, featuring David Bowie and Tina Turner singing ‘Modern Love’ and the ninth-placed 1995 ad for Microsoft Windows 95 featuring ‘Start Me Up’ by The Rolling Stones.

The most recent ad on the list is the 2012 cartoon ad for the Melbourne Metro, featuring the song ‘Dumb Ways To Die’ by Tangerine Kitty, which went viral on social media after its release. The 1965 jingle for the American hot-dog brand Oscar Meyer is the oldest ad and is at number ten.

Synkio compiled the list using research and in conjunction with a panel of expert judges from the advertising and music business, including Ricki Askin, the music supervisor from Vice, and the rap artist Ko: The Legend.

It spent 18 months investigating top ads, based on its criteria of brand message, context of imagery and lyrics and composition, as well as considering the impact of the advert on a music artist’s career or vice versa.

Ben Perreau, chief executive of Synkio, said: “Music can make or create an ad – behind that is always a talented artist and brand team.

“We’re spending time with agencies and artists, to learn more about what will make the best great ad of tomorrow.

“The combination of great music and powerful, iconic brand messaging creates an impact nothing can compete with.”