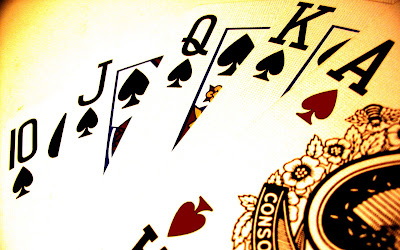 Advertising Age published a perspective by Reframe: The Brand Founder and Chairman Jeffrey Bowman, where the author attempts to rename “multiculturalism” as the “New Majority.” Um, the last time Bowman examined this specific topic, wasn’t he promoting the label of cross-cultural marketing while leading the segregated OgilvyCULTURE department? Whatever. Unfortunately, Bowman continues to clutter the conversation with fresh terms that no one really distinguishes from the stale terms—and no one really cares about. Hell, Bowman inadvertently underscores a key issue with his opening statements:

Let’s get a few of things out of the way. Yes, the advertising industry needs to hire more people of color. Yes, race relations are strained right now. Yes, immigration is a huge issue for the upcoming presidential campaign. And yes, Silicon Valley is still way too white. Do we all agree? Great. We’ve now all anted up in this particular game of poker.

The problem is, we do not all agree. The Current Majority on Madison Avenue—i.e., the confederacy of White folks—does not believe “the advertising industry needs to hire more people of color.” There is plenty of recurring evidence to support this fact. Plus, White people are holding all the cards in this “particular game of poker.”

How Brands and Agencies Can Win at Multiculturalism

Let’s get a few of things out of the way. Yes, the advertising industry needs to hire more people of color. Yes, race relations are strained right now. Yes, immigration is a huge issue for the upcoming presidential campaign. And yes, Silicon Valley is still way too white. Do we all agree? Great. We’ve now all anted up in this particular game of poker.

None of this is news to brands and agencies. But something is changing fast—the complexion of America. The general market isn’t white anymore. In just a few years, the majority of people under 18 will be from minority populations. In a couple of decades, the majority of the nation will be minorities. And did you hear this? The millennial generation has come up with a new, better word for multiculturalism. They call it normal.

Winning this game is going to take a lot more than showing up and throwing a few pennies in the pot. Here are three big bets businesses need to place. Those that do will be guaranteed a winning hand.

1. Repudiate separate-but-equal marketing. Back in the 1960s, black-owned agencies were finally let into the club of major brand engagements. Now, Hispanic and Asian agencies are part of the mix, but the system is still a simple expansion of the 1960s quota system that first brought minority culture into advertising. We still have two “separate-but-equal” systems.

Procurement departments go out to secure external vendors and allocate a percentage of spend to what is called supplier-diversity programs. Internally, brands use diversity-and-inclusion initiatives to justify hiring and retaining diverse talent. That sounds good, but practically speaking, it’s just as flawed as the pre-Brown vs. Board of Education educational system was. As a result, brands are dramatically underinvesting in the fastest-growing parts of the marketplace. Nimble, authentic new brands are going to eat their lunch.

2. Change from the inside out. Today’s diversity-and-inclusion and supplier-diversity models falter in part because of the language used inside companies. Brands still speak of diversity as being an exercise in compliance. If they go beyond the strictures of the law, it’s a nice thing to do for society, but brands don’t yet act as if their future competitiveness depends on diversity—which it does.

The steady growth of diversity-and-inclusion and supplier-diversity systems has built up a large industry of training, education and organizational consulting. This industry is based on the belief that it is a civil right to have a diverse and inclusive work environment. The workplace that has been built adheres to that right and is compliant with the law. That’s table-stakes thinking again.

To succeed, companies need to drop the idea and nomenclature brought to them by compliance with external forces. Instead, brands need to see diversity as a crucial factor in being market-ready. In an era of unprecedented transparency and respect for authenticity, no company can fake diversity.

3. Put your money where your mouth is. Google recently created a new holding company called Alphabet, which got all kinds of press attention and anguished business hot-takes. In 2012, Walmart announced that 100% of its sales growth would come from multicultural segments. No one paid the slightest bit of attention. The former is a largely meaningless corporate reorganization, while the latter reflects a recognition of a massive cultural realignment by one of the world’s largest companies. Why no love for that?

Rebuilding companies from the inside-out to reflect the New Majority may not make the news yet, but it is going to shake up the way funds are allocated. Gone will be the days when, as I personally have experienced, shifting spending to the fast-growing Hispanic market means cutting marketing directed at blacks.

Once you place these bets, your brand or business will be open for New Majority customers. That means that, for the first time since the heyday of America’s white majority, your business will be ready to sell to every one of your potential customers. You will be targeting the real, total addressable market, not some artificial fraction thereof. And if you are among the first to figure this out, consumers and talent will seek you out.

Jeffrey Bowman is founder and chairman of Reframe: The Brand, a consulting firm that helps businesses prepare for the New Majority. Mr. Bowman was previously senior partner-managing director at Ogilvy & Mather New York.

"Separate-but-equal marketing"? Really? He really thinks it's equal out here on the fringes?

Here's how it works in reality. What little money was invested in minority ad agencies before, which was always LESS THAN what was invested in their all-white partners, is now completely drying up as people like him tout "total market."

Total market just means all-white agencies, filled with all-white teams, bankrolled by all-white and all-French holding companies, now tell clients they can handle multicultural work, take it away from the ethnic agencies, and gobble up a bigger piece of the pie for themselves.

Ethnic agencies are starving, shriveling up and dying (see: Bromley, for instance, and Burrell can't be long after) and none of those ethnic workers are being absorbed into General Market ad agencies. They're being rebuffed and turned away. You can see it in the number of black hires that has DECLINED in the last several years.

All his article sounds like, to someone having to live through this, is a call for even more whiteness, on top of deep layers of whiteness.