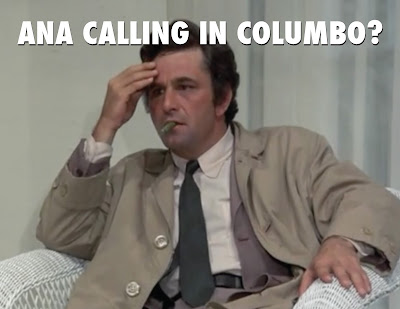 Adweek reported the ANA hired two investigative—or “fact-finding” per Adweek’s description—firms to check into the hot topic of media kickbacks. Seriously, what “facts” will be found? It’s unlikely any media company accounting departments are openly labeling kickbacks on the revenue spreadsheets. Additionally, neither the ANA nor the “fact-finders” have authority to take action if bad behavior is uncovered. This is no different than when the ANA exposed the diversity issues in the industry and blatant inequities in multicultural marketing. Ultimately, the trade group could only present the realities with wringing hands and gnashing teeth—before launching multicultural conferences and minority award shows.

The Association of National Advertisers, which represents the country’s top brand marketers, on Tuesday announced the hire of two firms to look into the controversial issue of media rebates.

At issue is whether agencies, represented by the 4A’s, are receiving large rebates—or kickbacks—from media outlets in exchange for buying ads in large volumes. The ANA issued a request for proposal (RFP) this summer to hire an auditor to examine allegations that such savings are being hidden from clients and pocketed by agencies, which crosses an ethical line.

The ANA, in fact, selected two fact-finding firms after a review of 26 companies: U.K.-based marketing analytics firm Ebiquity/FirmDecisions, which in 2014 served as one of the consultants on the ANA Media Transparency Task Force that researched the problem of rebates, as well as K2 Intelligence, a global investigative consultancy founded by Jeremy and Jules Kroll, which bills itself as the founder of the modern investigations industry. Both firms have offices in New York.

The ANA’s project calls for a multi-phased approach, the ANA announcement said. “Phase I will focus primarily on domestic and global fact-finding via confidential interviews with senior ecosystem executives and other business intelligence processes.

“We believe ANA’s objectives will be best facilitated by combining a company that specializes in business examination and fact-finding with a firm that knows the industry and has superb awareness of media transparency issues,” said Bob Liodice, ANA president and CEO. He added that the ANA looks forward to “sharing K2’s findings with our colleagues at the American Association of Advertising Agencies.”

“While the 4A’s favored the continuity and effectiveness of our joint efforts, the ANA has decided to move forward with its solo sponsorship of a fact-finding initiative into agency media practices,” a 4A’s statement said. “The 4A’s will continue to collaborate with ANA on media transparency to the fullest extent feasible.”

The ANA board’s decision to move forward with the hire of two investigative firms comes on the heels of last week’s Masters of Marketing Conference in Orlando. At the conference following an ANA board meeting with invited guest 4A’s CEO Nancy Hill, ANA CMO Duke Fanelli had said, “We are trying to understand which questions to ask, the breadth of the situation, and very much want the 4A’s to be part of that. We want this to be a collaboration—something that benefits the industry.”

The 4A’s had requested that the ANA move forward instead with a set of media transparency principles for the industry created by a joint 4A’s-ANA Transparency Task Force, and those guidelines are expected to be released in the coming weeks, per the announcement.

The media rebates issue came to a head in March at ANA’s 2015 Media Leadership Conference, where former Mediacom CEO Jon Mandel gave a blistering presentation accusing agencies of questionable business practices involving rebates and the lack of disclosure to clients.

If ANA treats kickbacks like they treat diversity failings in the advertising industry, we can look forward to:

1) An internship program to teach suburban middle school students how NOT to accept kickbacks (none of them will ever be hired anywhere, but hey, it's about the effort involved to train them, you know).

2) Multiple blog posts and written teeth gnashing about the importance of honesty in media buys (that won't lead anywhere or change anything but looks great on paper).

3) The appointment of a VP of Honesty in Ad Buying inside each ad agency, and each holding company (after the press hullabaloo fades a year from now, all of the agency VPs of Honesty will quietly get canned, leaving only one or two at the holding companies).

4) A yearly awards show to hand out trophies for Honesty in Ad Buying (of course, the aforementioned VPs of Honesty in Ad Buying will do double duty and serve on the board of this awards show, and hand out awards to the MOST corrupt agencies and people accepting kickbacks -- yet the trophies they receive will be held up as public proof of how honest and trustworthy they are).