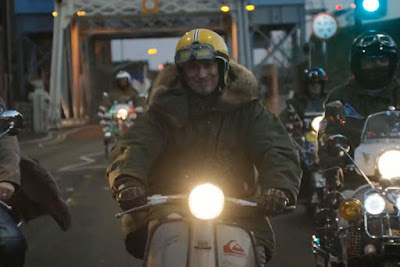 Campaign reported on a TV spot for Noddle titled, “Meet The Noddlers,” which “attempts to show off the diversity of ‘Noddlers’, the name the company has labelled its customer base, which it claims is a ‘sub-culture’ of 1.6 million people.” Okay, but it kinda feels like a White advertising agency’s definition of diversity. BTW, how diverse is Brave, the agency responsible for the advert?

Noddle, a free credit report and credit score service, is inviting TV viewers to “meet the Noddlers” in its first ad campaign.

The 30-second spot, created by Brave, attempts to show off the diversity of “Noddlers”, the name the company has labelled its customer base, which it claims is a “sub-culture” of 1.6 million people.

It shows a series of people, of differing ages, styles and ethnicities, doing a range of intense activities, such as ballet training, playing chess, or running into the sea.

Accompanied by a drum solo, performed by Stella Mozgawa, the voiceover says, “It’s not where they go, it’s not what they do, that unites them. It’s where they stand, with their free-for-life credit score, and enjoying what they do with it, that gives Noddlers their financial edge.”

It is the first time Noddle, part of Callcredit, has employed an ad agency and Brave won the account earlier this year after a competitive pitch. MNC handled the media planning and buying.

Jacqueline Dewey, the managing director, Callcredit consumer markets, said: “It was key for us that our chosen agency understood our market and was able to deliver a creative execution that had cut through and differentiated our brand from the competition.

“Brave delivered against all the key criteria and has developed a campaign which not only reflects our brand values and growth ambitions but which establishes a strong platform from which we can develop and evolve in 2016 and beyond.”

The campaign broke on TV yesterday (25 October) and aired on ITV, during The X Factor, and during Homeland on Channel 4. The ad will run on Sky and terrestrial channels until the end of December.

The spot was created by Sue Modral and Carole Davids, Brave’s creative directors. It was directed by David Edwards through Rattling Stick.

Since the plague has now infected both sides of the Atlantic, is there a name or phrase for the tendency of all-white advertising agencies to loudly claim diversity by casting ethnics in front of the camera, whilst employing none behind it?

AD Club of NY just put their heads together to address diversity in advertising and pulled out...

An ineffective, Do Nothing hashtag campaign.

Way to use a failed strategy from five years ago, ad world. The collective yawn of disinterest is overwhelming.