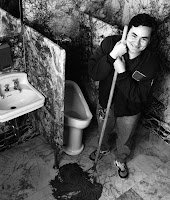 “It’s 2008.” His words were fueled by anger as they burst forth in search of understanding. “Decade of the Hispanic. … Latino boom. … What happened?” the voice continued. It was a Friday evening, and I had answered a call from a multicultural-marketing friend. Something or someone had pushed him over the edge.

Gathering his composure, he went on to describe a call he had received from an executive within his company. One of the Spanish-language networks had done the creative on a new campaign, “and now they want me to round up the janitors, maids and gardeners that work in our buildings and run it by them,” he explained. “Can you believe it? That’s just what they said. In this day and age? I have to say I’m offended.”

I was saddened to feel no sense of surprise or shock. Far too many marketers still think that this blue-collar trifecta acts as a proxy for all Spanish-speaking Latinos. While there is no reason to distance Latinos from these three highly respectable and hardworking professions, there is also no reason to support the belief that a representative sample of Latino viewpoints can be extracted from them.

It bears mentioning that the product being researched has wide appeal and is accessible to consumers regardless of income, education level or social status. The product includes a strong Spanish-language component, making Spanish speakers a primary but not exclusive target. The marketers behind this product have no reason, other than ignorance, on which to base their stated recruitment criteria.

I suggested to my friend, who happens to be Latino, that he find out if non-Hispanic research was done in such a random manner. Perhaps this was an equal-opportunity case of a companywide disregard for research. If non-Latino employees were consistently “rounded up” and asked their opinions on similar campaigns, then perhaps the only real offense was the stereotypical description of Latinos. Maybe he could use this as an opportunity to educate his peers about the error of their ways, much in the same way parents use celebrity “bad behavior” as an opportunity to teach children right from wrong.

There was, however, more to find objectionable. The campaign in question had been developed by a Spanish-language network instead of a qualified agency. Sadly, this too came as no surprise. I knew this company’s non-Hispanic work was not done by NBC, CBS or ABC. For the most part, it’s done by an internal agency. Still, my point remains. For non-Hispanic work, creative professionals are paid and valued for their ability to position the product, develop powerful messaging and achieve a quality end product. In the case of Spanish-language efforts, the rules change. The media buy is negotiated and the client is made an offer it can’t refuse -- Spanish-language creative developed by the network at no additional cost. Who needs to hire an agency when you have low- to no-cost Spanish speakers standing by?

Initially, I wanted to expose the company that inspired this column. Then I realized that it’s not necessary because it’s not an isolated incident. This particular company’s description of Latinos and its approach to Spanish-language creative and research are not unique. Neither is the frustration felt by my multicultural-marketing friend who, like others in his position, finds himself between a rock and a hard place.

What would you do? Or should I say, “What did you do?” as there is no doubt in my mind that many of you have lived through these very circumstances before -- and will again.
Posted by HighJive at 5:52 PM