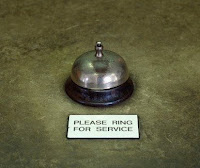 Daily Serving of Nonsense in a MultiCultClassics Monologue…

• Now New York Governor David Paterson admits he may have improperly used campaign funds to pay for a tryst with an ex-girlfriend, listing the expenditure as “constituent services.” Wonder how former Governor Eliot Spitzer labeled his encounters in expense reports.

• Hold off on ordering the Girls Gone Wild video featuring Spitzer’s girlfriend Ashley Dupré. Seems the lass was only 17 when the original taping took place. Dupré’s lawyer said, “It was because she was underage that [Girls Gone Wild founder Joe Francis] sent her home on a Greyhound bus back to North Carolina. It would be outrageous at the very least to play the video of an underage female on the Internet.” Oh, heaven forbid.

• Delta Air Lines plans to offer voluntary severance payouts to 30,000 employees—over half of its total work force. Which means that passengers will have significantly fewer idiots to complain to about the lousy service.

• The Rev. Al Sharpton wants the NFL to cancel its Hall of Fame game scheduled to take place in Ohio on August 3—in order to protest the alleged police misconduct in Canton. The game is slated to pit the Indianapolis Colts against the Washington Redskins. Actually, it might be more interesting to pit the NFL players against the violent and bruising Canton cops.
Posted by HighJive at 10:20 AM

You'd think the Rev. Al would have some objection to the name "Redskins" too-- as many others have noted, our national PC complex seems to have skipped over professional sports and Native Americans. Hence the Cleveland Indian logo that's as sensitive as one of those Nazi-era drawings of Jews or the Braves' Tomahawk Chop.

Guarantee that within 30 seconds of pointing that out, someone will refer you to the Boston Celtics and their little leprechaun mascot.

As if that made it okay.