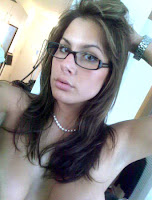 Bad Boys in a MultiCultClassics Monologue…

• Girls Gone Wild CEO Joe Francis initially offered Eliot Spitzer’s girlfriend Ashley Dupré $1 million to appear in a video, but pulled the deal when he realized he already had footage of the infamous woman. Dupre had apparently appeared in Girls Gone Wild material five years ago. “We have some really great footage of Ashley,” said Francis. “There’s a very good shower scene that alone is worth the money. … [She was] a total ‘GGW’ groupie. She was really into girl-on-girl action and she was all over the guys, too.” Eliot Spitzer has probably pre-ordered the re-release videos.

• Detroit mayor Kwame Kilpatrick nixed a City Council call for his resignation. “You take a whole day to discuss an issue like this,” said Kilpatrick. “My reaction is: This is over. It has no effect. It’s not binding. Let’s get back to work.” He then probably had dinner with Senator Larry Craig and Eliot Spitzer.

• Busta Rhymes was sentenced to three years’ probation for beating up a former driver and a fan. The rapper will also perform 10 days of community service, pay a $1,250 fine and participate in a drunken driving program. Rhymes insisted the sentence won’t be a challenge and declared, “I have no trouble being a good dude because that’s what I am.” Dude.
Posted by HighJive at 9:32 AM