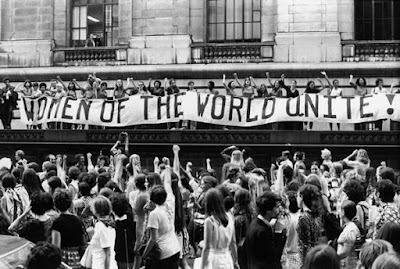 Ads Of The World published the Gender Equality in Advertising collection, featuring the latest diverted diversity designs from all over the planet. The patronizing propaganda is accompanied by the following explanation:

Gender equality is becoming a very popular topic, especially in today’s society. Gender equality focuses on people’s rights and encourages the same opportunity, no matter what gender one may be. Many agencies around the world are ‘jumping on the bandwagon’ and creating ads drawing attention to the importance of women and girls, while also informing the public to let their voices be heard. The collection focus on International Women’s Day, the inequality of women across the globe and the overall importance of gender equality, just to name a few.

Hey, when there’s a chance for an award, White advertising agencies suddenly transform into dedicated defenders of diversity. Forget that the advertising industry’s interpretation of gender equality ultimately stifles genuine equality—and even segregates gender via its favoritism for White women. In the end, “gender equality in advertising” is an oxymoron. And it’s becoming a very popular topic changer, especially when the topic of conversation involves true diversity and equality.