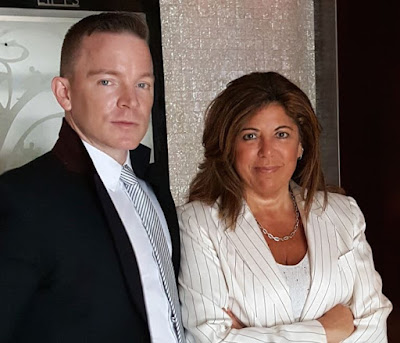 AgencySpy posted on an anti-gay discrimination suit against DDB New York, involving some heinous alleged behavior from an ex-DDB creative director. Once again, it looks like Bob Garfield might have been onto something after all. The post included the following quote from the Gay City News:

“Reading [the complainant’s] factual allegations, it’s amazing that a supervisor behaving the way [the ex-DDB creative director] is alleged to have acted would be tolerated by a socially conscious employer in New York, much less a large advertising agency.”

Newsflash to the Gay City News: Using “socially conscious” and “large advertising agency” in the same sentence demonstrates complete cluelessness on the subject.

This week saw new developments in a 2015 sexual harassment/discrimination case as the Chief Judge for the U.S. Court of Appeals for the Second Circuit in New York ruled in favor of DDB New York creative director Matthew Christiansen, reversing a previous dismissal of his complaint.

Just under two years ago, Christiansen and his lawyer Susan Chana Lask, Esq. filed suit against DDB and Omnicom, alleging sexual harassment and discrimination in the workplace.

The claims specifically regarded former DDB chief digital officer Joe Cianciotto, who was Christiansen’s supervisor when the alleged harassment occurred between 2011 and 2013. According to the complaint, which Lask later described in a LinkedIn post, Cianciotto began making fun of Christiansen’s status as a gay, HIV-positive man directly after he came to work for DDB.

The filing claimed that Cianciotto “drew multiple sexually suggestive and explicit drawings of Christiansen on an office whiteboard” and “accused him of having AIDS” during a meeting with DDB and State Farm employees.

The case was dismissed last year, and both that ruling and this week’s hinged on one issue: whether Title VII of the 1964 Civil Rights act, which forbids discrimination based on “race, color, religion, sex and national origin,” also inherently extends to sexual orientation.

Just over a year ago, US District Judge Katherine Polk Failla “reluctantly” ruled that the complaint held no merit because it amounted to an attempt to “squeeze the case into the sex stereotype theory,” as reported by New York’s Gay City News. The judge did state that Cianciotto was “openly resentful and hostile toward Plaintiff because of his sexual orientation” but dismissed the complaint because sexual orientation—even in the context of effeminate stereotypes of an openly gay man—does not equal gender.

But Christiansen appealed. And in the new filing, Chief Judge Robert A. Katzmann wrote, “we reverse the district court’s dismissal of Christiansen’s Title VII claim and remand for further proceedings consistent with this opinion.”

This means that the case can proceed. From the ruling:

“…we disagree with the district court’s conclusion that Christiansen failed to plausibly allege a Title VII claim based on the … stereotyping theory of sex discrimination articulated in Price Waterhouse v. Hopkins.”

The PwC case mentioned involved a (female) senior manager at the firm who was repeatedly described as “macho” and told that she needed to “walk more femininely, talk more femininely, dress more femininely, wear make‐up, have her hair styled, and wear jewelry” in order to increase her chances of becoming a partner. The Supreme Court of the U.S. ruled against PwC in that 1989 case, thereby establishing gender stereotyping as a form of sex discrimination. This week’s ruling held that “The gender stereotyping allegations in Christiansen’s complaint are cognizable under Price Waterhouse and our precedents.”

Omnicom’s argument in court essentially stated that, while the holding company believes discrimination based on sexual orientation should be included in the Title VII law, its absence renders Christiansen’s complaints invalid.

“While we believe the claims in this individual case are without merit, Omnicom supports any change to the applicable federal law that would extend protection to employees who experience harassment on the basis of sexual orientation.”

Another issue that will almost certainly be addressed in future hearings is the 300 Day Employment Law Statute of Limitations, which requires Title VII charges to be filed with the Equal Employment Opportunity Commission within 300 days of the alleged incidents in question.

Regarding those incidents, the Gay City News wrote last March:

“Reading Christiansen’s factual allegations, it’s amazing that a supervisor behaving the way Cianciotto is alleged to have acted would be tolerated by a socially conscious employer in New York, much less a large advertising agency.”

Several parties have told us since news of the case first broke that Cianciotto apologized and later left DDB to work at Translation—again on the State Farm account.

“The question is, how much longer does Omnicom want to bleed this out?” said Lask when we discussed the case with her this week.

She stated that she intends to deposition various agency leaders to “find out why this happened,” adding, “everyone will be called in.” The initial post mentioned former DDB New York chairman and CEO Peter Hempel (who is no longer employed by Omnicom) and current CEO Chris Brown (who was not in that position when the alleged harassment occurred).