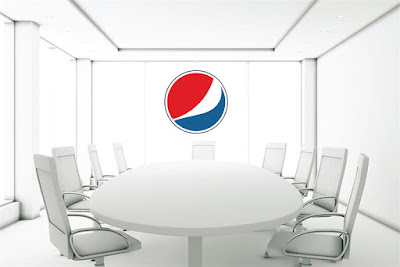 Campaign published another perspective by a pseudo-thought leader taking advantage of the Pepsi-Kendall Jenner debacle to leverage personal agendas. In this case, Reframe The Brand Founder and CEO Jeffrey L. Bowman opined the disaster resulted from a “monocultural workplace” that presumably led to cultural cluelessness. Bowman actually makes a few interesting points, including “Women have become the new black”—which is essentially recognizing the rise of diverted diversity in the industry. Plus, Bowman nicely notes that diversifying a staff isn’t enough; in fact, the benefits of diversification can be negated if the workplace environment remains dominated by a singular culture. That is, slowly seeding racial and ethnic minorities into White World isn’t really achieving the true goal. Regardless, it’s tough to agree that Pepsi’s current advertising problems are rooted in failed diversity. After all, some of the brand’s greatest campaigns with the broadest appeal were created decades ago by White advertising agency BBDO. And blaming things on the in-house model is too easy. Maybe there’s a simpler explanation. It seems like the dilemma started with the 2008 birth of the globe logo and escalated to global lameness. In short, Pepsi has become a shitty client.

When black and brown is not enough

Pepsi’s epic failure is emblematic of the problems of a monocultural workplace, writes the founder and CEO of Reframe The Brand.

PepsiCo has a long history that demonstrates the company’s commitment to diversity and inclusion efforts. Most recently, the company won the Human Rights Campaign’s Corporate Equality Award. The Kendall Jenner spot, however, was both a failure of epic proportions and completely avoidable. That’s been reviewed ad nauseum. The larger question is how did this event happen? And how did it happen to a brand like Pepsi with a legacy of getting commercial advertising right?

Women are the new sought after target. Supporting feminism is the new message to be aligned with. As women move on up so too does corporate spending and marketing attention.

My hypothesis is that Pepsi thought that swapping a gender issue (demonstrated in Kendall dropping her artificial look) for a black one (the Black Lives Matter movement) was OK. Women? Blacks? They’re all underserved right?

The real issue isn’t Pepsi. It’s that it’s actually easy to see how they came to that conclusion. When you dissect it, Pepsi was again very much operating in “the marketing norm.”

So how did we get here? Over the past 30 years, we’ve put a lot of great minds and effort towards getting it right. The major shift birthed from the economic results of trade agreements with foreign governments in the 1980’s led to a boom in titles like chief diversity and inclusion officers with various reporting structures for most Fortune 500 companies. This sounds like a great thing, but there was one major oversight. Even though the workplace population was shifting and growing a multicultural candidate pool, diverse candidates were entering a monocultural workplace.

What’s a monocultural workplace? It is a business environment dominated by a singular culture. Which means that even if the faces of the organization have become more diverse, its practices and culture stay largely the same. Individuals are encouraged to participate but when push comes to shove, everyone is expected to fall into single file. That singularity is the mono of the monocultural workplace.

Last month, the findings of our “State of the Total Market Industry Vertical Report” revealed big brands and agencies within the workplace are two generations culturally removed from the marketplace. This means marketing practices are still very much a product of the 1960s as well as the workplace. Back then, the sought-after target was the upwardly mobile blacks, 20 years later the growing Hispanic population, and so on. Today the minority du jour is women. The mission is feminism and thus we see a lot of “separate but equal” budgets once reserved for people of color directed at women, primarily white women. This should be a good thing, but in reality, it’s not because the real underlying issue remains.

I believe the team at Pepsi produced this commercial with the best of intentions with targeting, however, they simply lacked the cultural insights needed to get it right.

According to industry sources, PepsiCo shifted away from the idea of cultural fluency structural support, education and tools when Javier Farfan left PepsiCo in 2014. They did not see the immediate volumetric gains and dismantled their cultural fluency group. In doing so, they also lost key senior leaders who had their pulse on culture and the idea of developing a culturally-maturing organization from the inside-out diminished. They lost their insights and soon after the Pepsi marketing team too became a victim of the lens of their own monocultural workplace. They tried, and I believe tried hard, to get it right. But they didn’t have the leadership for what they needed to succeed.

The result? The internet is calling for the removal of Kendall Jenner’s head. We are looking for a responsible party, someone to blame. Pepsi is faceless; Kendall is not. But the real guilty party is our own workplace. Everyone needs to ask, is the company we work for diverse but monocultural?

If you’re not sure, you’re not alone. From Hollywood to Silicon Valley to Wall Street, every practitioner within the talent and diversity space is asking, “How do we avoid being Pepsi?”

There has to be a major rethink and disruptive ideation to modernizing brands and agencies from the inside-out. There’s a lot of work to be done.

—Jeffrey L. Bowman is an author, founder and CEO of Reframe The Brand.

I’m blown away by the number of white veterans and voices in the ad industry that are insisting (insisting!) that the Pepsi campaign was just a big misunderstanding, and had absolutely nothing at all to do with race. See the following:

“I did find it amusing that some of my colleagues who found fault in the film were so willing to lay the blame on advertising's current social pariahs -- white men. Conveniently ignoring the fact that the ad was created, written and produced by Pepsi's in-house Creative League. Here's a link to their Instagram page.”

The vet in question honestly believes that because there are black and brown people featured on that Pepsico Creators League Studio Instagram page, they work there. That the very presence of POC in an Instagram feed (despite them being artists, musicians, interns and visitors simply visiting the studio) is proof that they are staff.

The credits for the Pepsi campaign (before Pepsi panicked and removed them) are pretty clear. This was a Picture Farm production, driven by Picture Farm creative in conjunction with an entirely white team at Creators League. If anyone ethnic worked on it, they apparently weren’t important or integral enough for Pepsico to credit them. When an (admittedly) tabloid publication in the UK looked at the individual credits, they found that “ALL those credited are white.” http://www.mirror.co.uk/news/world-news/team-behind-controversial-pepsi-ad-10169148

The question is, if you have white executives and veterans in the ad industry who sincerely can’t even differentiate between POC visiting a Pepsi office for 15 minutes, and paid creative decision makers of color (not that there are any), how on earth is the industry as a whole ever going to admit that diversity is an issue and contributes to campaigns like Pepsi’s in the first place?