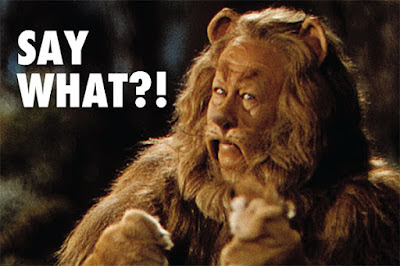 Advertising Age reported diverted diversity dipshits are now requesting that the iconic Cannes Lion be transformed into a gender-neutral trophy. But don’t worry—it will still be an elitist, racist and culturally clueless cat.

Should the Cannes Lion Be Shorn of Half Its Mane?

Should the famous Cannes Lion become half lioness in a bid to become a more gender-neutral symbol of success in the industry?

Jose Papa, the new managing director of the Cannes Lions International Festivity of Creativity, has not dismissed the idea out of hand. He has said that he is willing to meet with Richard Pinder, Crispin Porter & Bogusky’s CEO U.K. and International, and Ali Hanan, founder and CEO of gender diversity organization Creative Equals, to discuss their proposal.

Pinder and Hanan sent a package to Mr. Papa, which included a prototype of their suggested new award and a letter that read, “This is not just a design tweak for one year, to be seen to be doing ‘the right thing.’ This is a symbol of change and equality…” The pair suggested that the new statue be “a constant reminder of the power of parity in our industry.”

Mr. Papa is travelling so has not seen the prototype statue, but he responded by email, “Would love to get together to discuss the idea, maybe after I have got this festival out of the way—it’s my first so you can imagine I am snowed under learning the ropes!”

With the festival only 10 weeks away, Mr. Papa added that it was too late for any new initiatives in 2017.

Mark St. Andrew, Cannes’ head of editorial output, also emailed a response to Hanan and Pinder, after he had seen the package. He wrote, “It’s certainly an interesting idea! Naturally we welcome anything that raises the profile of the industry diversity discussion.”

Having been to Cannes, having seen the number of black and brown people there, I'd say that "neutering the Cannes Lion" should be waaaaaay down the list of priorities.

There is absolutely no shortage, none whatsoever, of females at Cannes, participating at Cannes, judging Cannes, or speaking at Cannes. The catch is, they are almost entirely white females from all around the globe, followed by their Asian counterparts.

But the most black or brown people, especially from America I've seen, is maybe, if I'm being generous, a dozen. Two dozen tops.