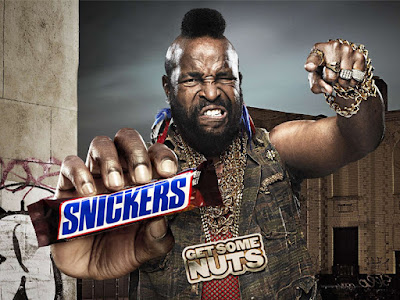 Digiday interviewed Mars VP of Marketing Michele Oliver on leading “one brand who has succeeded in connecting with its audience on diversity issues.” Really? Really? Oliver declared that for an upcoming project, “I will mandate that it will be a female director because I want that ad seen through the eyes of a woman.” Okay, so the brand is starting to show interest in diverted diversity issues. Yet until folks like Oliver deliver mandates to White advertising agencies that go beyond promoting the White women’s bandwagon posing as gender equality, it’s all just sugarcoated rhetoric. Honey-soaked hypocrisy. Chocolate-covered crap.

How Mars prods diversity in its advertising, agencies

As Pepsi has discovered this week, wading into social causes is a risky business.

But with risk comes reward. Mars is one brand who has succeeded in connecting with its audience on diversity issues. Its three lauded 2016 Maltesers campaigns—which featured actors with disabilities—increased sales by 10 percent, its biggest boost in eight years.

Digiday caught up with vp of marketing at Mars, Michele Oliver, at Wednesday’s DIMA Summit in London, to hear about how brands can avoid cause-washing and make an impact.

You’ve mentioned you’re keen to push the diversity agenda harder at media agencies. What does this look like?

MediaCom, under Karen Blackett, do an amazing job on diversity internally. The bit I’m not sure we’re maximizing is extending our diversity agenda through media. I don’t think we’ve really thought about it as much as I’d like us to. We are a mass market brand. We might make an ad for Maltesers featuring women with disability, but our target is everyone. So how do we maximize our reach through our media plan to make sure we’re not only talking to the mainstream, but all aspects of society?

And how do you stop these messages feeling like tokenism for those communities?

What stops the creative being about tokenism is where you challenge yourself. For instance, does it have to be the dad kicking the football with the child and the woman cooking the dinner? I know advertisers in the past have literally had a box-ticking exercise for diversity. There is something about tokenism that in some way you can smell it on the ad. You can tell when the people making it believe what they’re doing.

And having people with first-hand experience of these issues on the team must help too.

That’s where the ideas [for Maltesers] came from. As the main woman working on the account has a disability, it reduced the fear we might get it wrong. It puts a different experience of life in the room. I often say diversity is the mother of creativity, it puts a creative tension in the room.

Stonewall CEO Ruth Hunt has spoken about the advertising’s affinity bias, saying the industry only accommodates certain types of difference. Do you agree?

I think she’s right. It’s human instinct to want something similar reflected back to you and to connect with what makes you feel safe. The evolution is to say ‘I will actively recruit someone who makes me feel uncomfortable.’ You can’t be so uncomfortable you can’t produce anything because you’re too anxious, but you need people who make you think ‘Ok, maybe I haven’t got it right.’ You’ll have better results and better work.

Is that at play with your agencies too, then? For instance, are you asking them to consider diversity when they assemble a team for you?

We’re shooting a new Galaxy ad. I will mandate that it will be a female director because I want that ad seen through the eyes of a woman. Chocolate is mostly bought by women, after all. I would have been very uncomfortable doing that a year ago, but that’s what is needed this time.

The structures you’ve described so far sound flexible. But what about quota systems?

I don’t know about quotas. As a business we believe in promoting the best people for the job and being open to all backgrounds in the selection process. Personally, I oscillate between thinking ‘We’ve just got to do it because we won’t move fast enough without them’ and ‘I don’t want do to them.’ So, it’s a complex topic.

And how do you ensure the work you’ve done around diversity isn’t a one-time thing?

It’s my year of saying yes. I’m speaking at any event I can and we’re entering every award we can to ensure success breeds success. We’re also showing that it works internally, so we’re extending it to work on Snickers and the LGBT community and we’re looking from the gender point-of-view on Galaxy. Really, we’re being as visible with the success as we can.

Funny how no brand anywhere has ever cared to "Mandate that it be a minority director" which would have given black or brown male directors a career breakthrough any of the decades they've been begging for help.

But here's Mars immediately jumping on the white woman diversity bandwagon to make sure women get a shot.

Which really translates into "white women directors getting a shot" because statistically speaking, in sheer numbers, directors are:

So Mars and all other brands who are doing this Free The Bid thing jumped right over ethnicity to get straight to making sure white women climb up and over them.