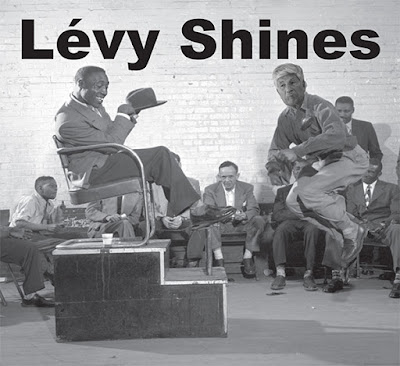 Advertising Age reported outgoing and outdated Publicis Groupe Chairman and CEO Maurice Lévy declared, “I’m not totally retiring. I’m not even semi-retiring.” The old man added, “I will actively seek to strengthen our client portfolio and support [Arthur Sadoun] and the management board. I will be there each time they ask me to do something, including shining their shoes.” The board should ask Lévy to clean up the piles of poop he’s purchased in recent years. Shit and Shinola!

Lévy Would Rather Shine Shoes Than Retire From Publicis Groupe

Maurice Lévy, the outgoing chairman and CEO of Publicis Groupe, is so keen to stay involved in the company that he has offered to shine the shoes of the management board.

“I’m not totally retiring,” he told analysts at his final earnings presentation in Paris this morning. “I’m not even semi-retiring.”

On June 1, Lévy will hand over the chairman and CEO roles at the agency holding giant to Arthur Sadoun, currently CEO of Publicis Communications, and take on a new role as chairman of Publicis Groupe’s supervisory board.

“I will actively seek to strengthen our client portfolio and support Arthur and the management board,” Mr Lévy insisted. “I will be there each time they ask me to do something, including shining their shoes.”

Lévy was keen to point out that he has not been leading Publicis Groupe on his own for the last 30 years. “It’s not a one-man show,” he said. “It’s a team show. The team is changing the leader for somebody who is more energetic, has more ideas, is much younger, and will take the company to another level.”

First-quarter results, which showed revenue of $2.5 million, were not as upbeat as Lévy’s delivery but moved in the right direction. Organic revenue, which excludes the impact of acquisitions, slipped 1.2%, an improvement on the 2.5% decline seen in the final quarter of 2016. North America was the worst-performing region, with a 5% drop in organic revenue. All other regions showed growth in organic revenue, led by Europe’s 5.5% increase.

Despite the declines, Lévy described a positive future for the French communications group, whose agencies include Leo Burnett, Saatchi & Saatchi, Starcom and Mediavest. He said he expects Publicis Groupe to return to growth in the second half of 2017, and to be outperforming the market by the second half of 2018.

Asked about YouTube’s brand safety issues and Facebook’s fake news controversy, Lévy responded, “Clearly I don’t believe that Google and Facebook have done anything wrong. I believe that the situation is so complex that even the great minds that are leading both companies have difficulties in coping with zillions of ads that have to be distributed on zillions of sites and addresses.”

However, these same challenges present opportunities for Publicis Groupe, according to Lévy. Marketers “need to be certain the money is directed to the right audience with the right message,” he said. “This is where the value of what we have to bring has to be perceived by the client much better than in the past. They have to understand that to get to the right audience, to use the right data, to use the right platform, means to pay a fair price to the people who are developing this.”

Lévy also asserted that Publicis Groupe has “killed the holding company model ... and moved to become a connecting company.” In November, for example, Publicis Groupe announced that Sapient.Nitro would be merged with Razorfish, both a part of the group’s digital division, Publicis.Sapient. The North America results have been dragged down by troubles at digital agency Razorfish, which Lévy said included an over reliance on one-off projects, and management changes that have seen three CEOs in three years.

“We thought there was a bigger prize to win if we were to create the alchemy between technology and creativity,” Lévy said of the decision to integrate SapientNitro into the group. “We offer an end-to-end solution to our clients, including a technology platform that provides a wealth of solutions. For a lower cost, our clients can reach consumers better.”

Lévy signed off by telling analysts, “It’s been a fantastic journey. Bonne chance and I’m sure that you will enjoy Arthur’s way of dealing with you in the future.”