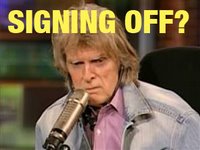 The New York Times published transcripts of Monday’s conversations between Don Imus, the Rev. Al Sharpton and other guests who appeared on The Al Sharpton Show radio broadcast.

Much has already been discussed and written about this mess, so there’s not a lot to add. The interview presented the standard pathetic revelations.

Is Don Imus culturally clueless? Absolutely. From referring to Sharpton and others as “you people” to trotting out the stereotypical proclamations that he’s performed humanitarian acts for sick Black children to wondering why it’s okay for rappers to say the things he said, Imus displayed the classic symptoms of racial bias. Worst of all, he clearly doesn’t understand the wrongness of his remarks.

CBS and MSNBC have suspended Imus’ morning talk show for two weeks. If Imus isn’t fired before the end of April, the networks will have to introduce some breakthrough ideas for retaining the moron. For example, force his program to present culturally diverse content, with regular appearances from Sharpton and the Rev. Jesse Jackson — or publicly air Imus’ obligatory sensitivity training.

Then again, terminating Imus is the best solution for everyone.

[Click on the essay title above to read the transcripts. Plus, visit Racialicious.com for links to more commentary; additionally, Hadji Williams has a nice post at Knockthehustleblog.typepad.com.]
Posted by HighJive at 9:38 PM