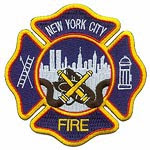 Fired up with a MultiCultClassics Monologue…

• Following a federal investigation, the FDNY has been accused of discriminating against Blacks and Hispanics in its hiring practices. Additionally, the Justice Department approved the filing of a related lawsuit versus the city. The FDNY is currently 91 percent white and 99 percent male. Madison Avenue must be so jealous.

• CBS suspended two NY shock jocks for staging a racially-charged prank on Chinese restaurant employees. The hosts of “The Dog House With JV and Elvis” called a Chinese restaurant and proceeded to abuse employees with slurs and assorted bullshit. The nonsense included a caller telling a female employee he wanted to see her naked while referring to a body part as “hot, Asian, spicy,” ordering “shrimp flied lice” and referring to a male employee’s body part as a “tiny egg roll.” Advocacy groups protested, leading to the suspension. “If they don’t fire the DJs, it will be a double standard,” said the president of the New York City chapter of the Organization of Chinese Americans. The latest trend has been to denounce hip hop for inspiring racism. At some point, it will be time to focus on shock jocks, whose racist efforts attack all segments.

• The Hip-Hop Summit Action Network, comprised of top music honchos including Russell Simmons, called for a ban on “bitch,” “ho” and the N-word. The official statement reads as follows:

Recommendation to the Recording and Broadcast Industries: A Statement by Russell Simmons and Dr. Benjamin Chavis on behalf of the Hip-Hop Summit Action Network

The theme of the Hip-Hop Summit Action Network (HSAN) is “Taking Back Responsibility.” We are consistent in our strong affirmation, defense, and protection of the First Amendment right of free speech and artistic expression. We have recently been involved in a process of dialogue with recording and broadcast industry executives about issues concerning corporate social responsibility.

It is important to re-emphasize that our internal discussions with industry leaders are not about censorship. Our discussions are about the corporate social responsibility of the industry to voluntarily show respect to African Americans and other people of color, African American women and to all women in lyrics and images.

HSAN reaffirms, therefore, that there should not be any government regulation or public policy that should ever violate the First Amendment. With freedom of expression, however, comes responsibility. With that said, HSAN is concerned about the growing public outrage concerning the use of the words “bitch,” “ho,” and “nigger.” We recommend that the recording and broadcast industries voluntarily remove/bleep/delete the misogynistic words “bitch” and “ho” and the racially offensive word “nigger.”

Going forward, these three words should be considered with the same objections to obscenity as “extreme curse words.” The words “bitch” and “ho” are utterly derogatory and disrespectful of the painful, hurtful, misogyny that, in particular, African American women have experienced in the United States as part of the history of oppression, inequality, and suffering of women. The word “nigger” is a racially derogatory term that disrespects the pain, suffering, history of racial oppression, and multiple forms of racism against African Americans and other people of color.

In addition, we recommend the formation of a music industry Coalition on Broadcast Standards, consisting of leading executives from music, radio and television industries. The Coalition would recommend guidelines for lyrical and visual standards within the industries.

We also recommend that the recording industry establish artist mentoring programs and forums to stimulate effective dialogue between artists, hip-hop fans, industry leaders and others to promote better understanding and positive change. HSAN will help to coordinate these forums.

These issues are complex, but require creative voluntary actions exemplifying good corporate social responsibility.
Posted by HighJive at 11:12 AM