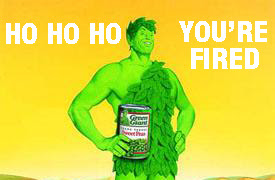 By Victor Davis Hanson, a senior fellow and historian at the Hoover Institution at Stanford University

This month, Don Imus was fired, all charges against the Duke University lacrosse players were dropped and almost everyone has offered a sermon about the racial and class issues involved in both cases. But we need look only to the ancient Greeks for the best insight.

The Greeks believed that insolence naturally leads to bullying, or hubris. This arrogance induces a mad behavior called hate. Finally, that recklessness earns well-earned destruction unleashed by the goddess Nemesis.

In other words, what goes around comes around -- big time.

No one gets a pass, according to the Greeks. Just ask the arrogant Oedipus, who ultimately stabbed his own eyes out.

For years, talk-show host Imus trashed people, sometimes with racist and anti-Semitic banter. And not only did he get away with playing the foul mouth, but he was often courted by the powerful for his supposedly influential audience and the notion that it was hip to rap with him.

All the attention only swelled Imus’ head. And his excess led him to a kind of madness. How else to characterize the mind of someone who labels the Rutgers women’s basketball team “nappy-headed hos”?

Apparently, the unhinged Imus thought that adopting such racist, sexist slurs used by those in the “gangsta” culture – “hos” is a favorite term of some African-American rappers and comedians -- was also cool for a white shock-jock.

Imus also foolishly assumed that the parade of liberal politicians and friends who clamored to get on his show might offer him politically correct cover.

Wrong again. Something called “race, class and gender” studies in our universities has long preached otherwise: Only those not white, heterosexual and male have an unspoken pass to use jocular slurs that their “oppressors” better not copy.

Lesbians on motorcycles carry placards blaring “Dykes on bikes.” Homosexuals hype “queer studies.” Yet for outsiders to dub someone a “queer” or a “dyke” -- or a “ho” -- even as a bad joke, automatically is deemed proof of their prejudice.

Imus, for all his pseudo-sophistication about the contemporary scene, apparently did not grasp this hypocrisy of American popular culture. So he thought he could piggyback on such vile language -- and as a hip white celeb get away with it.

Then he met Nemesis, long lying in wait. And the more America learned about the past rantings of this talk-show bully, the more it wondered why such a banal fool ever had an audience in the first place, much less was courted by politicians and celebrities.

The same ancient pattern of arrogance and retribution appears in the case of the Duke lacrosse team. Three Duke players were unjustly accused of rape and sexual offense by an African-American stripper. Local district attorney Mike Nifong, some of the Duke humanities faculty, the Duke University president, and the ubiquitous race hustlers Revs. Jesse Jackson and Al Sharpton all swarmed on a perfect scandal for political advantage and self-promoting sermonizing.

After all, beer-drinking, rich white lacrosse athletes were supposedly brutalizing a poor woman of color, forced by her poverty to submit to them sexually.

Despite no evidence, the accused students were charged with felonies. The coach is long gone, and the entire team was disbanded for a year.

The academic mob added its own rush-to-judgment easy condemnations. Then Nifong won re-election as a populist crusader against supposedly racist preppie sex-offenders. Seemingly ignoring evidence that the victim was making the charges up, this lynch mob went headlong into mad excess.

Then, wham, Nemesis hit them too.

Now these false accusers are getting their long-awaited due. The past anti-Semitism of Jackson (“hymietown”) and Sharpton (“diamond merchants”) is finally being broadcast nightly. Both preachers scramble to get on TV -- only to be cross-examined as never before as they try in vain to explain away their own past bigoted slurs.

Meanwhile, Duke University, its president, and many of the liberal arts faculty -- the latter in public statements and letters repeatedly tried and convicted those wrongly accused on rumor and false evidence -- appear not just as opportunists, but mean-spirited ones at that.

Nifong now faces possible disbarment and civil suits. What saves the stripper who concocted all this from the fate of Scooter Libby is that her stories are so preposterous that so far she is thought to be a delusional victim rather than a perjurer deserving of a prison sentence.

At the heart of both the Imus and Duke scandals is arrogance. Overweening conceit inevitably led bigheads like Imus, Nifong, Sharpton, Jackson and many at Duke University to go one step too far -- and thus at last earn their just deserts.
Posted by HighJive at 5:12 PM